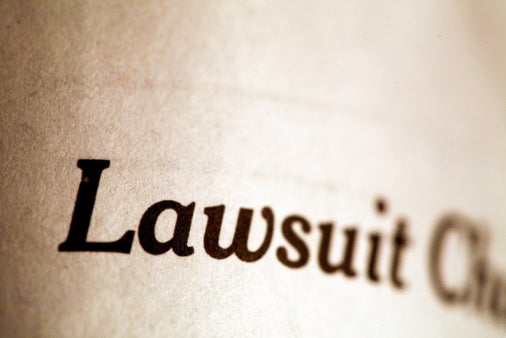 The current price of an employee lawsuit alleging religious discrimination? Right around $600k.
Consolidation Coal Company and its parent company, CONSOL Energy, Inc., were recently ordered to pay a total of $586,860 — including $150,000 in compensatory damages — for forcing a long-time employee to retire because they refused to accommodate his religious beliefs, the EEOC announced.
The EEOC had sued the employer in U.S. District Court for the Northern District of West Virginia after first attempting to reach a settlement through its conciliation process.
According to EEOC’s lawsuit, Beverly R. Butcher, Jr. had worked as a general inside laborer at the companies’ mine in Mannington, W.V., for over 35 years when the mining companies required employees to use a newly installed biometric hand scanner to track employee time and attendance.
Butcher repeatedly informed company officials that submitting to biometric hand scanning violated his sincerely held religious beliefs as an Evangelical Christian. He also wrote a letter to company officials explaining his beliefs about the relationship between hand-scanning technology and the “Mark of the Beast” and the Antichrist discussed in the New Testament’s Book of Revelation, and requesting an exemption from the hand scanning based on his religious beliefs.
In response, the mining companies refused to consider alternate means of tracking Butcher’s time and attendance and informed him he would be disciplined up to and including discharge if he refused to scan his hand, according to the lawsuit.
EEOC charged that Butcher was forced to retire because the companies refused to provide a reasonable accommodation for his religious beliefs.
Last January, a jury decided that the employer had, indeed, violated federal discrimination law. In June, a federal court conducted an evidentiary hearing to determine lost wages and benefits and injunctive relief. On Aug. 21, the court issued its damages order.