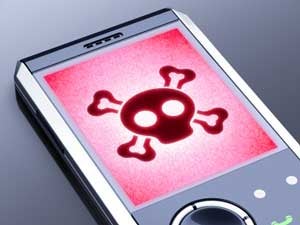 How do you handle an employee who goes around telling his colleagues that their workplace is filled with evil spirits?
If you’re the Department of Veterans Affairs, you try and fire the guy. But it won’t be easy.
Okay, so here’s the story, out of a recent edition of the New York Post:
Valdo Vaher, 48, a retired Army sergeant and former lieutenant in the New York Guard, says the feds are using his belief in ghosts as an excuse to fire him. He was hired as a VA cop in 2006.
And he’s adamant about the fact that supernatural things are indeed running around his workplace,
“This seems strange to some people, but for religious Catholics like myself, many feel as I do about this — that there are spirits in the world and they sometimes show themselves and are more likely to be doing this in and around hospitals, where people suffer and die,” he told the Post.

The VA actually did fire Vaher at one point. But a judge reinstated him.
Last February, the VA stripped him of his gun, placed him on modified duty and reassigned him for “making bizarre statements and displaying unusual behaviors,” according to a letter from VA Deputy Police Chief Bernais McNeil quoted by the Post.
Allegedly, Vaher told a rookie colleague about how their East Orange, NJ command was haunted by “evil spirits.”
Vaher vows to go down fighting, and his lawyer, Alan Wolin, is right by his side.
Wolin accused the VA of “using psychology as a weapon, just like in the old Soviet Union” and insists the agency doesn’t stand a ghost of a chance of winning its case against him, the Post reported.
“They’ve been targeting him since Day One,” he said. “The bottom line is that they tried and failed to fire him twice before and we’re extremely confident we’ll win again.”
So that’s where things stand at the moment. We’ll keep you posted.