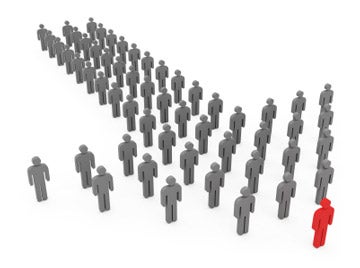 Should an employer have the right to know where an employee is 24 hours a day?
That’s the central question in a recent lawsuit filed in California state court, in which a salesperson claims she was fired for removing an app from her cellphone that would have allowed her boss to learn her whereabouts 24/7. The sales exec says the company was guilty of violating privacy and California labor laws, unfair business practices, and wrongful termination.
Myrna Arias was working for NetSpend Corporation when she was recruited by a former colleague, John Stubits, to work for the wire-transfer company Intermex as a sales manager and account manager in Intermex’s Bakersfield office.
Because she was worried about some health issues, Arias asked to be allowed to continue to work for NetSpend so she could continue coverage during Intermex’s three-month waiting period for health benefits. Her request was granted.

A few weeks into Arias’ tenure at Intermex, Stubits, now Intermex’s regional VP of sales and Arias’ boss, instructed employees to download an app called Xora to their smartphones. Arias did a little research and discovered that Xora contained a global positioning system (GPS) function that could track the precise location of each employee.
Arias and other employees asked if Intermex would be monitoring their off-duty movements. Stubits said yes, adding that when she was driving, the app could even tell him how fast she was going.
He also ordered salespeople to have their phones on continuously in case a customer called.
Arias said she didn’t mind her movements being monitored during work hours, but considered off-hours surveillance an invasion of privacy.  She likened the app to a prisoner’s ankle bracelet.
Her arguments, however, fell on deaf ears, and a few weeks later, Arias de-installed the app.
A few weeks after that, Arias was fired from Intermex. To add insult to injury, she claims, an exec from Intermex called NetSpend and got her fired from that organization.
The case was filed in California Superior Court in early May. We’ll keep you posted.