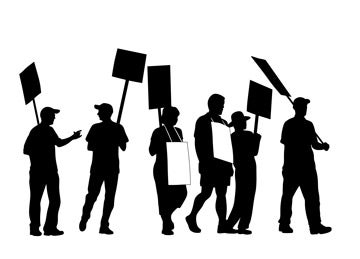 The NLRB’s “quickie election” rule has survived another court challenge — and it could be the last one.
A federal appeals court recently ruled that the rule doesn’t violate federal labor law.
As you remember, the rule, which went into effect last year, streamlines the process for forming employee unions.
A recent Fisher Phillips Legal Alert provides us with some background: Just before the rule went into effect, a consortium of business groups joined together to file a lawsuit against the NLRB in Texas to challenge the legality of the quickie election rule. The case was dismissed, and in August 2015, the business groups lodged an appeal with the 5th Circuit Court of Appeals.
Fisher Phillips offers a concise rundown of what the ruling means to employers:

The rule impacts union elections in three main ways. First, it significantly shortens the time period between the date the election petition is filed and the date the election takes place, shrinking that time period to less than 30 days (hence the “quickie election” moniker). The shorter period provides a significant advantage to unions because employers do not have sufficient time to educate employees to ensure they make an informed decision.
Second, it significantly limits the scope of the any pre-election challenges that may need to be litigated, which, under the old system, often postponed the election date. The additional breathing room created by such a necessary delay was often instrumental in developing strategy and getting the employer’s message out to the workforce. Under the quickie election rule, most challenges (such as individual voter eligibility issues) are deferred until after the election takes place.
Third, the rule requires employers to disclose a significant amount of personal employee information to the unions, allowing them access to almost all available contact information (including cell phone numbers and email addresses). What [employers] might have collected for legitimate, business-related purposes may end up being used against [them] as a communications tool to disseminate anti-employer messages.

In its recent ruling, the appeals court said:

Is this the end of legal challenges to the “quickie election” rule? The folks at Fisher Phillips seem to think so:

Although it is possible that the 5th Circuit could choose to entertain another argument on appeal on an en banc basis (full panel review), and also possible that the Supreme Court could wade in to rule on the merits of the rule, neither of these possibilities seems likely at the given time. Last year, the federal court in the District of Columbia also ruled in the Board’s favor on this issue, leaving employers who want to challenge the rule with a very limited avenue for seeking relief.

The case is Associated Builders and Contractors of Texas Inc. v. National Labor Relations Board.