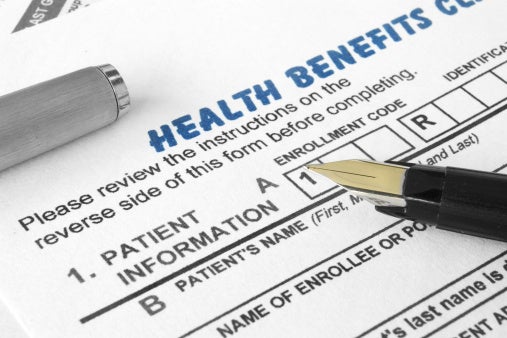 If a company decides to eliminate spousal and dependent coverage under its group health plan, does it have an obligation to offer COBRA to the spouses and dependents that were dropped from the plan?
Answer: No and maybe.

The folks at EBIA recently addressed this tricky benefits administration issue.
First, the easy one – spousal coverage. When eliminating spousal coverage, plans aren’t required to offer COBRA to spouses.
A COBRA qualifying event requires a loss of coverage that’s listed under the regs. These include the covered employee’s termination of employment, reduction of hours, or death, divorce or legal separation; or the covered employee becoming Medicare-eligible.
Noticeably absent from that list is the termination or amendment of a group health plan.

For dependent children, the issue isn’t quite so cut and dried. According to the actual COBRA regs, “a dependent child ceasing to be a dependent under the generally applicable requirements of the plan,” is an example of a COBRA
triggering event.
So that means when an employer drops dependent coverage from its health plan, it’s a qualifying event and COBRA coverage must be extended, right? Not exactly. The key word in the regs is child.
If eligibility for all dependent children on a plan is eliminated, there are no “generally applicable requirements” for COBRA offers to those dependents.
In other words, a triggering event involving the loss of dependent coverage can only occur when a particular dependent loses coverage, not all of the plan’s dependents.
Because of the lack of clarity on the COBRA obligations when dropping dependents, a conservative approach would be to simply offer COBRA to all those who were dropped.
But that move carries its own risks. Unless an employer’s insurer agrees in advance to this move, the plan may risk having to self-insure the COBRA coverage.
That’s why it’s always good to talk with your attorney or insurers about the COBRA implications well before dropping dependent coverage.
Another potential issue with dropping dependent coverage: ACA compliance.
Remember, if you’re subject to the ACA’s play-or-pay regs, coverage that excludes dependents (not including foster children or stepchildren) may subject you to ACA penalties.