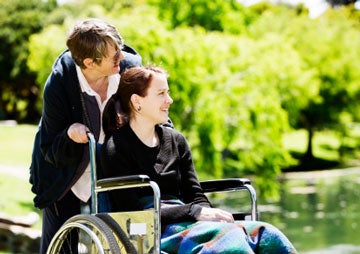 Just what you needed: Another legal headache for HR — and this one’s just going to get more painful over the coming years.
It’s called “family responsibility discrimination.”
A recent report from the AARP and the Hastings College of the Law at the University of California sums it up: “Family caregiving concerns will have an increasing impact on both employees and workplaces because of the aging of the population and the labor force.”
The AARP/Hastings report, Protecting Family Caregivers from Employment Discrimination, focuses on the issues facing older employers who must carry the burden of caring for their elderly relatives.
But of course the issue’s bigger than that. It also includes employees taking time to care for sick children, wounded veterans returning from military service, maternity leave — workers caring for family members of all ages.
A recent study from The Center for WorkLife Law included the following disturbing data points:

This trend’s symptomatic of what’s happening in today’s workplace. Employees are finding it harder and harder to juggle increasing work demands and the pressures of the home front — and that goes for men as well as women.
What’s behind these lawsuits? Report author Cynthia Thomas Calvert outlined some common causes:

That’s certainly not an exhaustive catalogue of the ways caregivers can be handled improperly, but it does provide HR pros with some guidance as to where the major pitfalls lie.
What else can HR do? A few common-sense suggestions: