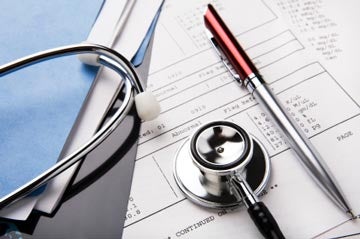 More evidence that it pays to emphasize weight loss in your wellness programs:
In two separate cases, courts ruled that workers’ comp must cover weight-loss surgery.
Surgery to ease back pain
The first case involved Adam Childers. While working at Boston’s Gourmet Pizza in Indiana, Childers was struck by a freezer door, injuring his lower back. At the time, Childers weighed 340 pounds.
Doctors said Childers needed surgery to ease his back pain, but that the operation would do him no good unless he first had surgery to reduce his weight, which had ballooned to 380 pounds after the accident.
Childers’ employer agreed to pay for the back surgery, and later a workers’ comp panel said it’d also have to pay $20,000 to $25,000 for his weight-loss surgery (plus disability payments while he was unable to work). His employer appealed, arguing that Childers suffered from a pre-existing health condition — morbid obesity.
However, the court said the restaurant couldn’t prove that Childers’ weight had been a medical problem before the accident. Case closed, he gets the surgery paid for by comp.
Surgery to help arthritic knee
In the second case, Edward Sprague injured his knee in 1976 while working as a mechanic. He then reinjured it in 1999 while working at United States Bakery in Oregon.
During those 23 years, Sprague’s weight climbed from 225 to 350 pounds.
Doctors told Sprague his weight would prevent successful treatment of his arthritic knee condition, so he sought workers’ comp benefits for weight-loss surgery.
A state court ruled Sprague’s bypass surgery should be covered by workers’ comp because the operation was necessary to treat an on-the-job injury.
What can you do?
Most people gain weight as they age — and studies show that heavier employees are at much greater risk for on-the-job injuries.
That’s why companies of all stripes have found wellness programs to more than pay for themselves by preventing injuries and other medical claims.
Group weight-loss initiatives help by making the process fun and competitive. So does replacing high-calorie snacks in vending machines with healthier — but popular — choices.