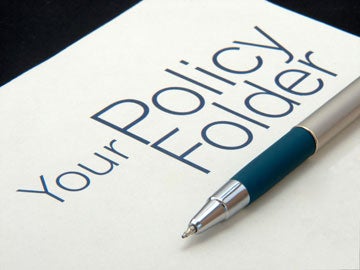 Companies that try to avoid paying overtime to eligible employees are skating on thin ice. Not only are judges cracking down on schemes designed to pare OT costs, but Congress is poised to pass new legislation to raise the penalties for misclassifying workers.
Here’s a look at the latest incidence of a company getting nailed for improper OT payment.
A worker in a Texas aviation facility signed a unique contract for providing his services as an aircraft painter. The going rate for the position was around $18 per hour, but he agreed to work for $5.50 an hour — plus another $12.50 per hour that the company called a “per diem.”
The per diem was capped at 40 hours a workweek. The company agreed to pay the man $20 per hour for time worked in excess of 40 hours per week.
Eventually, the man sued, claiming he was cheated out of overtime pay. The company countered that he was only entitled to one-and-a-half times his hourly rate — $5.50 — which would come out to $8.25. And he was getting $20.
The court wasn’t buying it. The man’s OT rate should have been based on the total of  the hourly rate and the per diem rate — $18. That would bring the OT rate to $27 – the rate he’d have been getting if he was classified as a non-exempt employee.
Case closed. The court made it clear how it felt about the payment arrangement in its written ruling. When the company claimed the per diem setup wasn’t a ploy to avoid paying (the employee) overtime, the judge had a curt reply: “We disagree.”
For a look at the ruling, go here.
What’s on the horizon
The issue of employee classifications isn’t going to get any simpler — and overtime won’t be the only area that can get companies in trouble.
In 2014, the healthcare reform laws will call for stiff penalties on companies with 50 or more full-time employees if just one of those full-timers receives government-subsidized medical coverage.
Key fact: In this instance, the government considers an employee full-time if he or she works 30 or more hours per week.
Last spring, Congress introduced the Employee Misclassification Prevention Act, which would add new penalties for misclassifying workers as well as require employers to provide workers with written instructions on how to dispute their classification by filing a claim with the Department of Labor.
Another proposal, the Taxpayer Responsibility, Accountability and Consistency Act, would toughen penalties for employers who misclassify workers as independent contractors.
Will any of this legislation see the light of day? Tough to say. But given the new enforcement efforts by the feds in recent months, it’s pretty clear that the question of classifying employees will remain a hot spot for employers for the foreseeable future.