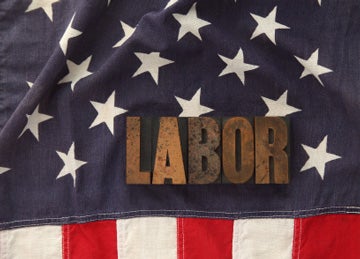 For the first time since 2003, all of the members of the the National Labor Relations Board have actually been confirmed by the Senate. So what’s that going to mean for employers?
Here’s the short version of how the confirmation deal went down:
Senate Republicans had been dragging their feet on confirming President Obama’s nominees until last July, when a political deal was cut: The Dems wouldn’t change the rules on filibusters if the GOP members would confirm the NLRB nominees.
The GOP got one other concession: The administration agreed to replace nominees Richard Griffin and Sharon Block, who were named as “recess appointments” when Congress wasn’t in formal session in January, 2012.
You’ll remember that last January, a federal appeals court in Washington, DC ruled that President Obama’s recent appointments to the National Labor Relations Board violated the Constitution.
The Obama administration claimed the president used his recess appointment powers to name Block and Griffin — both Democrats — and Republican Terence Flynn during the holidays, when the Senate was supposedly not in session.
But the DC judge ruled that the Senate was in “pro-forma” session — so Obama’s NLRB appointments were unconstitutional.
The ruling came out of a case filed by Noel Canning, which was challenging an NLRB ruling that the company violated labor law during negotiations for a new collective bargaining agreement with union employees.
The case is slated to go before the Supreme Court next term.

Pearce, Hirozawa and Schiffer are Democrats; Johnson and Miscimarra are Republicans.

Although there’s been the normal blather about “fresh starts” and “open minds,” it’s not likely the board will change its aggressive approach to workplace issues, the experts say.
Consider this comment from the Workplace Fairness Institute blog:

How can they be open-minded if they’ve spent entire careers working for Big Labor? … Schiffer spent decades working for the AFL-CIO and the United Auto Workers, and Hirozawa was formerly the top lawyer for … Pearce. ….
Don’t let the new NLRB fool you.  It’s up to the same job-killing nonsense it’s always been up to.

Attorney Marc Bloch, writing on the Crain’s Cleveland Business blog, says that now that the NLRB’s at full strength, the board will likely just pick up where the old board left off. The issues Bloch expects the panel to dive into:

Better buckle up. Employers could be in for a bumpy ride.