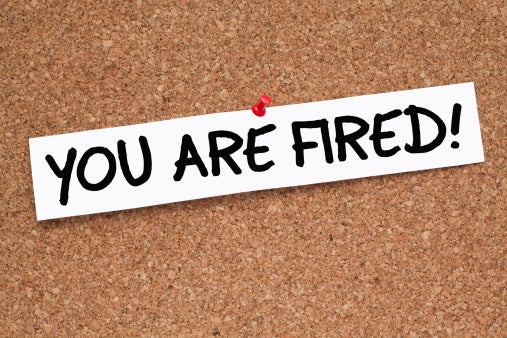 It’s tough to fight leave abuse these days. But apparently what you face is nothing compared to this organization.
India’s Central Public Works Department approved Senior Electrical Engineer Shri A.K. Verma for earned leave in 1990. But apparently he must have confused earned leave with retirement, because it’s been 25 years since the department’s seen him.
Still, he was allowed to keep his job until just recently. That’s some impressive leave abuse, although it’s unclear whether or not Verma was paid during his absence.
Verma was finally canned on Jan. 8, 2015. His legacy will be that he managed to game the system for 15 years after only putting in 10 years worth of work (he was hired in 1980).
So what happened? The details coming out of India aren’t very clear.
However, the U.K.’s Sunday Express is blaming India’s seemingly excessive pro-employee labor laws, which it reports “make it hard for staff to be sacked for any reason other than criminal misconduct.”
It wasn’t until those laws were reformed recently that Verma’s case was unearthed and he was terminated, according to the Express, which went on to say: “Prime Minister Narendra Modi has also cracked down on people not turning up to work by making New Delhi bureaucrats sign in at work using a fingerprint scanner. ”

A press release from India’s Central Public Words Department, obtained by Business Insider, attempted to explain what exactly happened with Verma.
It obviously leaves more than a few questions unanswered, but here’s the department’s breakdown of the situation:
“Shri A.K.Verma, who joined CPWD as an Assistant Executive Engineer in 1980 went on Earned Leave in December, 1990 and did not report to work thereafter. He went on seeking extension of leave which was not sanctioned and defied directions to report to work. An Inquiry was instituted against him in September, 1992 for major penalty for willful absence from duty. Due to non-cooperation of Shri Verma with the Inquiry and for other reasons, it got delayed and a fresh charge sheet was issued in 2005. The Inquiry Report, establishing the charges was submitted in July, 2007 and the same was accepted by the then Minister of Urban Development in August, 2007. But no further action was taken in the matter.”
Based on that info, it appears all it took for employees to beat out investigations was “non-cooperation.” If you ask us, that doesn’t exactly sound like the department had the most effective investigative system in place.
It wasn’t until Urban Development Minister Venkaiah Naidu took office and ordered a review of pending investigations that Verma got what was coming to him. Otherwise, he might have been able to remain on leave for another quarter-century.