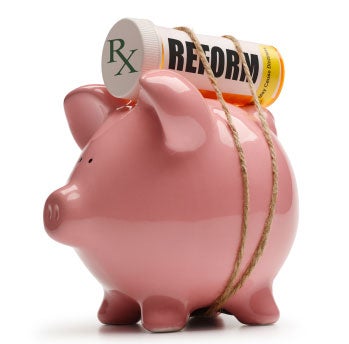 If you sponsored a health plan in 2014, Uncle Sam is expecting a check this summer.
Remember the Patient-Centered Outcomes Research Trust Fund Fee that you started paying in 2013 — if you’re an insurer or self-funded plans sponsor, that is? Well, it’s back again.
All firms subject to the fee — again, insurers or self-funded plan sponsors — are expected to cut the IRS a check by July 31, 2015.
The money is for research conducted on the clinical effectiveness of medical treatments, procedures and drugs.
Those responsible for paying the fee must also file the new IRS Form 720 along with their payments.
Think you’re off the hook if you sponsor a fully-insured plan? You’re not. The fee and paperwork responsibilities may technically fall on your insurance company, but you can bet it’ll extract its pound of flesh from you by way of higher premiums.

The fee this year: It has increased from $2 last year to $2.08 per life covered by a health plan that reached year-end in or after October 2014. For plan years ending earlier than October 2014 the fee is still $2.
The fee, which was created by the Affordable Care Act, is tied to inflation, hence the $0.08 up-charge for more recent plans. And that means the fee will continue to increase over the years — until 2020, when the fee is no longer in effect.
To calculate their total liability, plan sponsors and insurers need to use the average number of covered lives during the plan year. And when calculating that figure, plans must include any covered spouses or dependent children covered by the policy.
Example: If an employee has a family plan that covers his spouse and two children, that counts as four covered lives.
In addition, any individuals (and their beneficiaries) covered under COBRA also count as covered lives.

Which plans are exempt?

As with any rule, there are exceptions.
Plans exempt from the fee include: