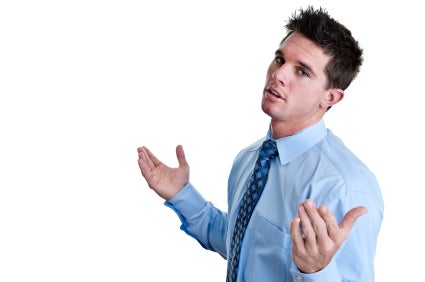 Don’t be ambiguous with poor and underperforming employees when it comes to their standing with your company.
Uncertainty breeds even worse performance and behavior, according to two noted researchers Tinne Vander Elst, a postdoctoral researcher in organizational and personnel psychology at the University of Leuven in Belgium, and Tahira M. Probst, a professor of psychology at Washington State University.
Both Vander Elst and Probst told The New York Times that being uncertain whether or not they’ll be terminated is actually worse than employees knowing it’s time to start job searching.
The reasoning: When employees are in save-my-job mode, they become panicked, stressed, more likely to take risks and burned out. This can lead to not only a decrease in performance, but also bad business decisions and even injuries.

Threats will get you nowhere

The bottom line for HR pros and managers: It’s time to stop the common practice of threatening to terminate workers who don’t boost their productivity.
Holding a job over someone’s head usually fails to improve the situation. More often than not, it has the opposite effect, according to Vander Elst and Probst.
So how exactly are you supposed to treat poor or underperfomers?
Vander Elst recommended to The Times that managers communicate with them “honestly, frequently and realistically” about their status.
In other words, ambiguity isn’t your friend in these situations. You want employees to know where they stand and, if possible, how to dig themselves out of a bad situation.

One-third in the danger zone

Even more bad news for HR and management: Roughly 29% of employees are afraid they’ll be laid off, and about 28% are afraid their hours will be reduced, according to a 2013 Gallop survey of 2,059 workers The Times report called attention to.
That means a third of your workers are experiencing the kind of uncertainty Vander Elst and Probst’s research has found to be harmful to both business and employees.
And worse yet, those numbers have continued to climb, even as fears about the economy have started to wane.
In light of those findings, it’s likely a good time to take inventory of how many of your employees may be in a state of job security limbo and devise a plan to get them out.