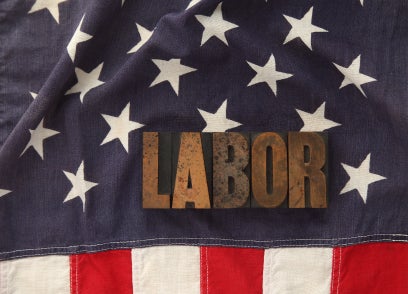 The National Labor Relations Board’s “ambush election” rules are still in effect. At least for now.
A federal district court in Texas rebuffed a business group’s challenge to the new rules. Associated Building Contractors of Texas had argued that the NLRB had abused its discretion and exceeded its authority by unilaterally issuing the rules, which would substantially limit the time frame under which union elections may be held.
But the judge upheld the merits of the new rules and said the Labor Board had acted within its jurisdiction.
The case is Associated Building Contractors of Texas, Inc. v. NLRB (link courtesy of Wolters Kluwer).
Another legal challenge to the rules is still pending in Washington, D.C.. The Associated Contractors case is likely to be appealed, and there’s a very good chance the issue will end up before the Supreme Court.
That’s going to be a while off, however, and in the meantime, employers are still stuck with the new rules.

Here’s a quick refresher course on the new rules, compiled a few months ago by Costangy Brooks attorney David Phippen:

The old rules did not require the employer to post a Notice of Petition after receiving it from the NLRB. Under the new rule, the employer must post the notice, and in some cases send it to all affected employees electronically, within two business days after receipt of the notice.
Prior to April 14, the NLRB required parties to use paper for petition filings and certain notifications. Under the new rule, electronic filings and communications will be the norm. Election petitions can be filed with the NLRB and served on the employer electronically.

The old way: A pre-election hearing had to be scheduled within 14 days of the filing of the election petition. Under the new rule, the NLRB must schedule the hearing “for a date 8 days from the date of service [on the employer] of the notice” of hearing and the petition, “absent special circumstances.” The new rule does authorize a maximum of two, two-day extensions of the hearing date.
Also under the old way: Parties were entitled to file post-hearing briefs within seven days of the pre-election hearing. Under the new rule, post-hearing briefs are allowed only in the discretion of the Regional Director. In other words, the “default” will be no post-hearing briefs — which will have the effect of cutting seven days from the period between the petition and the election.

This is a new wrinkle.  No later than noon on the last business day before the pre-election hearing, the employer must give the Board and union a list of the names, job classifications, work locations, and work shifts, of all employees in the petitioned-for unit. This requirement is expected to benefit unions by ensuring that they receive employee information at the earliest possible stage in the campaign, says Phippen.

Under the old rules, the employer could contest the eligibility of specific voters, and have those issues resolved, before the election was held. Under the new rule, the election may take place first, and any challenges may be resolved later.