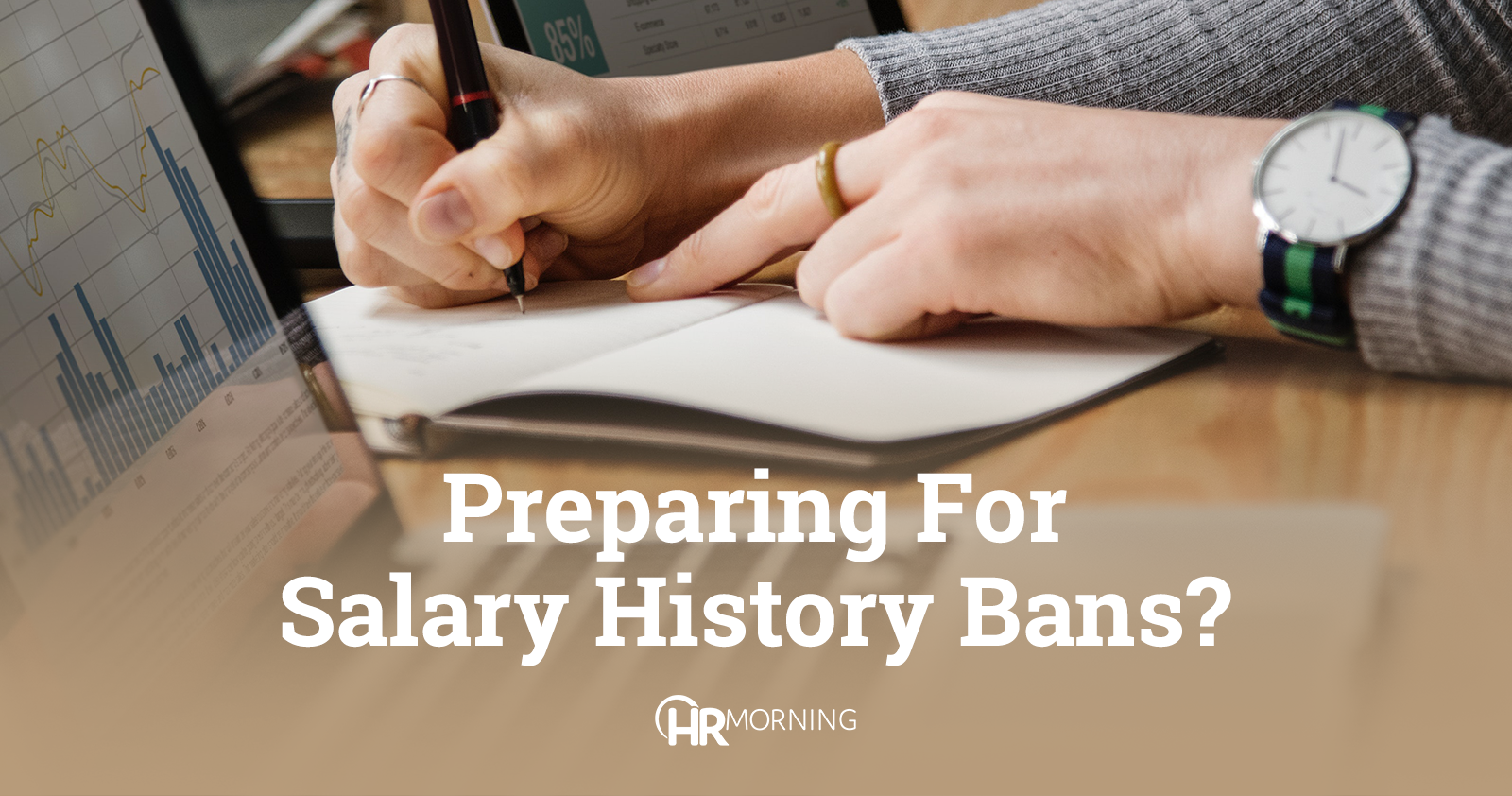 How can employers make sure that a prospective hire will be willing to take a job at a salary you consider fair before you spend everyone’s time interviewing?

That puzzle is getting even harder to solve in the nearly 30 cities and states that have banned employers from asking prospects about their salary history.

And these laws aren’t restricted to the most progressive states and cities. Maine and North Carolina are the latest states to pass bans. The city of Cincinnati has also joined the list.

Salary history bans are aimed at encouraging equal pay for minorities and women doing the same jobs as their male colleagues.

Backers hope to stop the cycle of below-market salaries in one job leading to lower offers when workers apply for a new position.

Women’s paychecks still lag behind what their male peers get paid for the same work and the ratio is even worse for many minorities.

Research by the American Association of University Women (AAUW) shows women average about 80% of what white male colleagues receive for the same work. Latina women in those jobs average as little as 53% of male peers’ pay.

What benefits teams need to do

As is so often the case, these new rules create more work for benefits pros striving to find the best candidates at the right salary.

If you operate where a ban’s in place, the first thing you need to do is look at your application policies and any templates or scripts you use in the hiring process. Get rid of anything that specifically asks for salary history.

And train your team to protect your organization by documenting how they arrived at a specific salary range for the job and for a given candidate.

The Bureau of Labor Statistics publishes data on salaries, for example, and the Randstad Salary Calculator benchmarks salaries across many industries.

And job search sites, including Indeed, Monster and Totaljobs, offer salary comparison tools. Candidates are probably looking at these same sites, so that can also help align everyone’s expectations.

Federal law is going to catch up to local and state rules eventually.

It’s a good idea to take action now to ensure your team – and your hiring policies and procedures – are ready when they do. 1