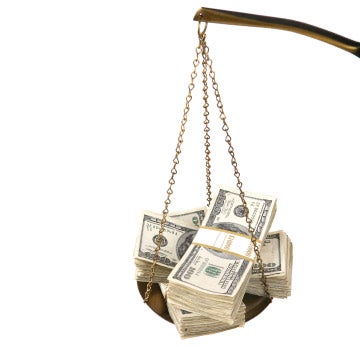 The Equal Employment Opportunity Commission has made it clear that its chief enforcement target is “systematic” discrimination on the part of employers. And the agency’s making good on that threat: Here are recent settlements of sex discrimination lawsuits that will cost four companies a total of $4.2 million.

In the first case, Mavis Discount Tire, Inc. / Mavis Tire Supply Corp. / Mavis Tire NY, Inc. / Cole Muffler, Inc., a large tire retailer based in the New York metropolitan area, will pay $2.1 million and provide other relief to settle a class sex discrimination lawsuit brought by the Equal Employment Oppor­tunity Commission (EEOC).
According to EEOC’s lawsuit, Mavis engaged in a pattern of sex discrimination by refusing to hire women for its field positions – managers, assistant managers, mechanics, and tire technicians – in the company’s over 140 stores throughout Connecticut, Massachusetts, New York, and Pennsylvania. EEOC also charged that Mavis failed to make, keep and preserve employment records.
EEOC filed its lawsuit in U.S. District Court for the Southern District of New York after first attempting to reach a settlement through its conciliation process.
The consent decree settling the suit, entered by Judge Katherine P. Failla, provides that Mavis will pay $2.1 million, to be divided among 46 women. Also, the decree provides for extensive safeguards to prevent future discrimination by implementing hiring goals for women, a comprehensive recruitment and hiring protocol, and anti-discrimination policies and training.

A Chanhassen, MN-based medical device and equipment manufacturer will pay $1,020,000 and furnish other relief to settle an age and sex discrimination lawsuit.
EEOC said PMT Corporation violated federal civil rights laws by refusing to hire otherwise qualified applicants for outside sales positions because they were female or over the age of 40.
According to EEOC’s lawsuit, PMT engaged in a pattern or practice of systemic hiring discrimination when, between Jan. 1, 2007 and late 2010, it hired over 70 individuals as sales representatives, but not a single applicant who was female or over 40 years of age. The lawsuit claimed this result was intentional and directed by PMT’s owner and president.
EEOC filed its lawsuit, Equal Employment Opportunity Commission v. PMT Corporation, after attempting to reach a pre-litigation settlement.
The suit was resolved late on March 4, when U.S. District Judge David S. Doty of the District of Minnesota approved the consent decree. PMT will pay $1,020,000 to a class of job applicants who were rejected for sales positions because they were women or over the age of 40, and to a former human resources employee who notified EEOC that she believed PMT was engaging in discriminatory practices.
In addition to the monetary damages, PMT will be monitored by EEOC for the next four years and will be required to revise its hiring practices for sales representatives to ensure that applicants are considered for employment based on merit, not their age or gender, in the future.
PMT will also be required to submit regular reports to EEOC, conduct extensive training for all employees involved in the hiring process, and retain an external human resources consultant to review and recommend changes to their workplace policies.

Unit Drilling Company, a nationwide oil drilling company, will pay $400,000 and furnish other relief to settle a systemic sex discrimination lawsuit.
The EEOC had alleged that Unit Drilling refused to hire any women nationwide on its oil rigs.
According to the EEOC’s suit, when women applied for jobs at Unit Drilling, they were told that the company did not hire women. Rejected female applicants testified that they were told by Unit employees that the company did not hire women because it only had “man camps,” that women were “too pretty” and that their presence would “distract the men,” the EEOC said.
The EEOC sued Unit Drilling in U.S. District Court for the District of Utah, Central Division, and the case was transferred to U.S. District Court for the Northern District of Oklahoma.
On the eve of trial, Unit Drilling and the EEOC signed a consent decree resolving the case. Unit Drilling will pay $400,000 to five women whom, the EEOC alleges, Unit Drilling refused to hire simply because they are female. In addition, Unit Drilling will change its policies, provide training against sex discrimination, post anti-discrimination notices, and provide detailed hiring information to the EEOC, which will monitor Unit Drilling’s compliance with the decree.

Presrite Corporation, a manufacturing company headquartered in Cleveland that makes gears and other industrial parts, will pay $700,000, offer jobs to no fewer than 40 women, and provide other relief to settle a systemic class action lawsuit.
The EEOC’s lawsuit charged widespread discrimination against women who applied to work at one or more of Presrite’s three plants in Cleveland and Ashtabula County.   According to the EEOC, Presrite — a federal contractor –consistently passed over female applicants in favor of less-qualified males for entry-level positions at all three plants.
The EEOC also cited evidence that women who were hired for such positions were harassed.  The agency pointed to testimony from a former Presrite employee who testified that her male-coworkers told her women should not be working there; called her a “dumb b—-h”; drew degrading pictures of her; and suggested that she open the top of her work uniform to pose for a photograph.
The EEOC also charged the company with failing to keep applications and other employee data in violation of federal law.  The EEOC alleged that Presrite failed to produce more than a thousand employment applications for persons the company hired and failed to maintain accurate or complete data about applicants.
The EEOC filed suit in U.S. District Court for the Northern District of Ohio.
Judge Patricia A. Gaughan signed a publicly filed consent decree resolving the case.  Under the terms of the decree, Presrite will pay $700,000 in compensatory damages to establish a class fund for women who sought certain positions at Presrite and were denied hire.
Over the course of the next three years, Presrite will also offer jobs to no fewer than 40 women identified by the EEOC during the claims process.  The decree compels Presrite to give those females priority consideration and to offer them jobs before any current applicants.
The decree also requires Presrite to implement a number of measures designed to prevent future discrimination such as: