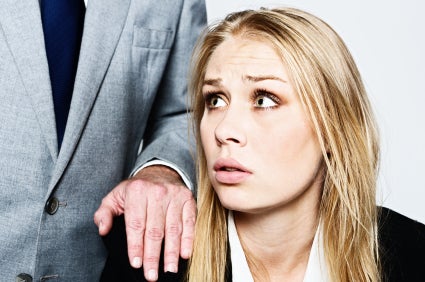 It’s said death and taxes are the two inevitable factors in our lives, but we’ve got an additional nominee: sexual harassment in the workplace. Here are a couple of recent examples.
In the first case, Mint Julep Restaurant Operations, an independent restaurant company and franchisee of the casual dining chain Cheddar’s Casual Café, will pay $450,000 to 15 individuals and furnish other relief to settle a sexual harassment lawsuit filed by the U.S. Equal Employment Opportunity Commission.
The EEOC lawsuit charged Cheddar’s violated federal law by maintaining a hostile work environment at its Winchester Road restaurant in Memphis, TN by permitting sexual conversations and jokes and by allowing a general manager and bar manager to subject several female employees to sexual harassment.
The suit alleged, among other things, that Cheddar’s managers made requests for sexual favors and explicit sexual comments, and subjected female employees to unwelcome touching. The agency also claimed that Cheddar’s didn’t respond to the employees’ complaints in an appropriate manner.
EEOC filed the lawsuit in U.S. District Court for the Western District of Tennessee, Western Division, after first attempting to reach a pre-litigation settlement.
In addition to he monetary relief, the consent decree settling the suit includes:

Case No. 2: Vacation Resorts International (VRI), a provider of management and marketing services to resort properties, will pay $125,000 and furnish other relief to settle a sexual harassment and retaliation lawsuit filed by the EEOC.
EEOC charged that VRI permitted a manager at the Fort Lauderdale Beach Resort to sexually harass a groundskeeping/housekeeping employee and then fired her when she resisted and reported the harassment.
EEOC filed last September after attempting to negotiate a settlement with VRI.
According the agency’ suit, a male manager subjected Katrina Archer to repeated and egregious sexual harassment, including grabbing her breasts, exposing his penis to her, attempting to pull her onto his lap and repeatedly propositioning her for sex.
The lawsuit also alleged that the male manager touched other female employees without their consent and made inappropriate comments about their bodies.
Archer repeatedly complained to the harassing manager’s supervisor, who also witnessed some of the harassment herself. Nevertheless, EEOC alleged, no corrective action was taken. As the harassment worsened, Archer threatened to complain to the harasser’s second-level supervisor and to his wife. Shortly thereafter, she was fired.
The consent decree settling the suit, agreed to by the parties and approved by the court, orders that VRI will: