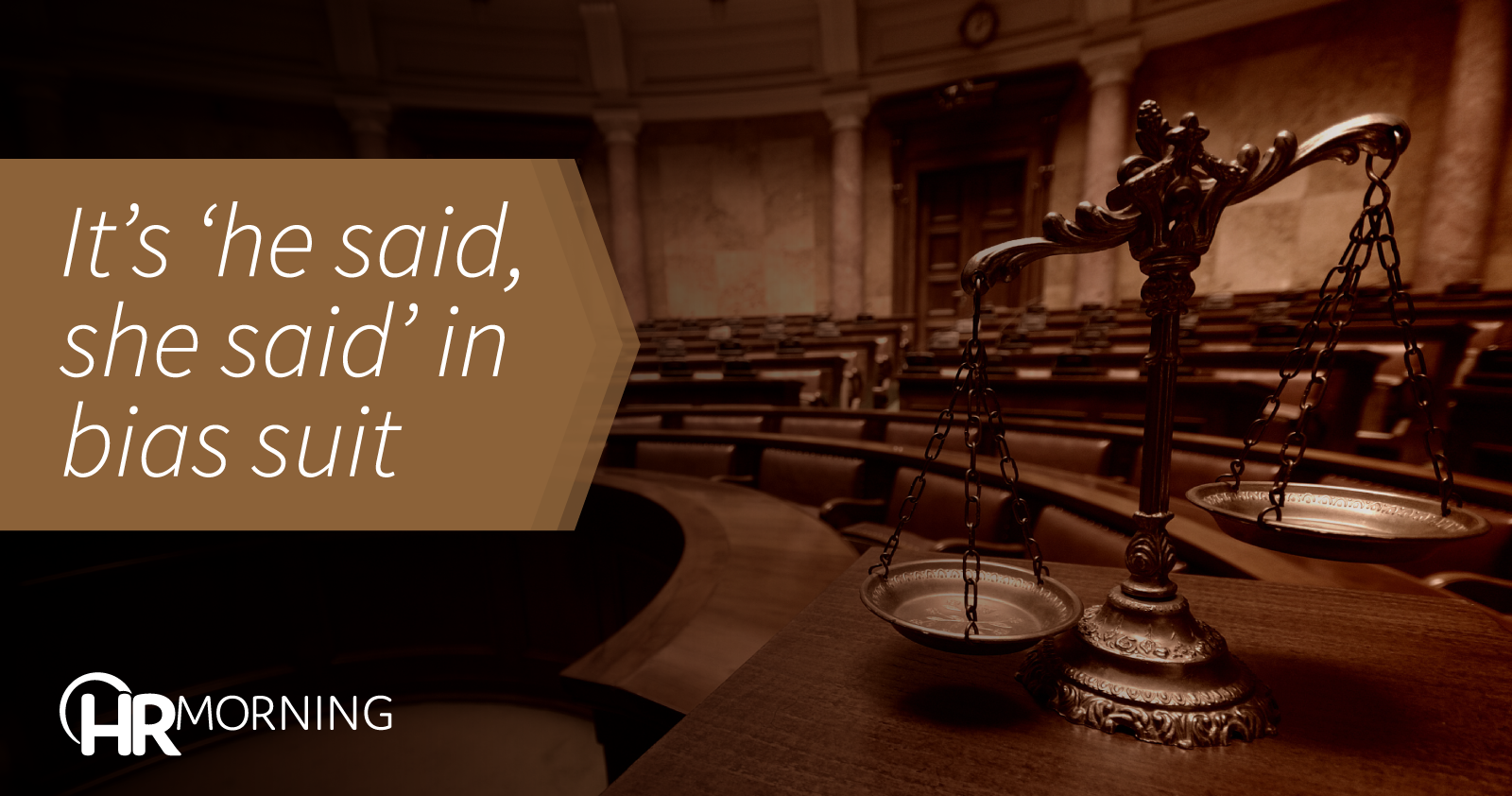 The Society for Human Resource Management (SHRM) has asked a federal district court in Colorado to dismiss a former employee’s bias suit alleging race/color discrimination and retaliation. SHRM’s response to the suit, which was filed in June, says that the plaintiff’s allegations of discrimination are unsupported and that the employee’s termination was justified by poor job performance. Read on for a summary of the suit and SHRM’s response, as well as legal and HR takeaways.

Filed at the end of June, the suit tells the story of Rehab Mohamed, a brown-skinned Egyptian Arab woman who began working in SHRM’s educational design department in 2016.

According to the suit, Mohamed “consistently earned glowing performance reviews and promotions for her quality work and dedicated to SHRM’s stated mission.”

Mohamed was assigned a new direct supervisor following her promotion to a post as a senior instructional designer. She says the new supervisor “systematically favored” white subordinates over Mohamed and other non-white employees.

According to the lawsuit, after Mohamed complained of discrimination to her direct supervisor’s superior, the direct supervisor immediately began to retaliate against her by trying to exclude her from meetings, unfairly criticizing her work, and setting her up for termination.

Mohamed pressed her concerns in multiple meetings with department executives, including SHRM’s CEO and chief human resources officer, the suit says. Mediation was unsuccessful, and the company’s leadership “empowered” Mohamed’s superiors to terminate her employment in early September of 2020, it asserts.

The suit alleges race/color discrimination and retaliation under Title VII and Section 1981. It seeks back pay, damages for emotional distress, and punitive damages.

SHRM: That’s not what happened

Not surprisingly, SHRM’s answer to the complaint paints a decidedly different picture of the circumstances surrounding Mohamed’s separation from employment.

It specifically denies Mohamed’s assertion that she consistently received glowing performance reviews throughout the entirety of her employment tenure. Instead, SHRM says that toward the latter part of her employment, Mohamed received counseling for issues specifically related to her job performance. Those issues related to her communication with her supervisor, a lack of timeliness with respect to deadlines, and her inability to complete two large projects.

The answer says the actions in question, such as performance counseling, were taken for legitimate business reasons.

SHRM says it made significant good-faith efforts to mend communication between Mohamed and her supervisor through mediation sessions even after an internal investigation found no evidence of discrimination or retaliation. SHRM also says the plaintiff chose to stop responding or participating in restorative efforts.

SHRM’s lawyers asked the court to dismiss “all elements of all claims against [SHRM] in complete and total fashion.”

Mohamed does not have a case, the answer asserts, because all actions taken against her were for nondiscriminatory and nonretaliatory reasons. Legitimate business reasons motivated the termination decision, the answer insists.

Tom D’Agostino, Esq.: When employees or former employees allege that an adverse job action, such as employment termination, was motivated by an unlawful reason, the employer’s job is to convince the court that the real reason for the challenged action was non-discriminatory. Typically, as here, employers will point to alleged issues related to job performance in their attempt to defeat discrimination allegations. For employers and HR pros, an important key to convincing the fact finder that the reason for the action was legitimate is having solid documentation supporting the assertion that subpar job performance was the real reason for the challenged job action.

SHRM’s attempt to have the bias suit dismissed at this early stage of the case is ambitious — to say the least – because taken as true, Mohamed’s allegations present a picture of unlawful bias and retaliation. Ultimately, however, it may convince the court that Mohamed was indeed terminated for a legitimate, nondiscriminatory reason.

Dr. Kelly Makino, SPHR: After reading both the suit and response, this clearly is a “he said/she said” situation with two sides and perspectives. The question is whether the plaintiff was unfairly scrutinized by a discriminatory manager or was an uncoachable employee resistant to her manager’s efforts to train her up after a promotion. This will hopefully be revealed by the documentation.

For now, we wait to see what the judge has to say. We’ll keep you updated on the discrimination claim against SHRM – stay tuned.