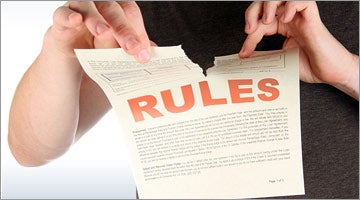 If you thought delaying the employer mandate until 2015 was a relief, wait until you see what the Obama Administration’s done now.
It has essentially decided to veer off course from that delay.
Instead, the administration’s decided to implement a new two-phase installation of the mandate, which will eventually require all employers with 50 or more “full-time equivalent” employees to provide “affordable” health insurance to 95% of those employees or pay federal penalties.
The new phase-in looks like this:

As you can see, this gives medium-sized businesses yet another year to prepare for compliance.
The new rules, which were issued by the IRS and are slated to be published in the Federal Register in the coming days, caught many business groups and Congressional leaders by surprise.

The IRS said the new rules were issued to give businesses more time to come into compliance with the law.
Republicans, however, have a different take. They believe the Obama Administration issued further relief from the mandate in an attempt to defuse criticism of the Affordable Care Act until after the mid-term elections in the fall.
The employer mandate has been getting slammed by business groups and the GOP, even after the initial delay was issued in July.
The Congressional Budget Office (CBO) even joined the chorus of critics, as it released a scathing report about the effects of Obamacare on the American workforce just a few days ago.
The CBO report claimed the law amounts to an “implicit tax” of about 15% on workers that will cost 2.5 million jobs over the next 10 years.
These latest rule changes just add more fuel to critics’ fire. Republicans and business groups wasted no time referring to the latest delay as further proof the law is too cumbersome and harmful to be allowed to take effect.
In particular, the GOP said it was unfair to delay rules for businesses and not individuals, who are still required to carry insurance in 2014 or pay federal penalties.

The new employer mandate phase-in rules weren’t the only things addressed in the new IRS rules.
In what may be a response to the new CBO report, the rules also said employers will be required to confirm they’re not cutting employees’ hours or laying off workers to avoid federal penalties under the employer mandate. But the IRS still has to issue specifics on how that rule will be enforced.
The rules also further defined which workers count as full-time equivalent employees, under the reform law.
For example, the IRS said: