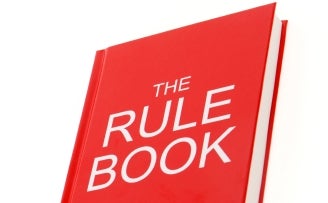 By refusing to hear appeals of lower court rulings, the Supreme Court effectively made same-sex marriage legal in a number of additional states. Here’s what HR pros need to know about the High Court’s latest move.
As you know, the Supreme Court refused to hear three appeals cases that challenge rulings that struck down bans on same sex marriage.
While both proponents and opponents of gay marriage were hoping for a more definitive ruling from the High Court, the refusal has some significant implications of its own.

30 states plus the District of Columbia

In addition, six other states (Colorado, Wyoming, Kansas, West Virginia, North Carolina and South Carolina) will automatically follow suit with the above five state because they fall under the jurisdiction of those appellate courts.
Now, the total number of states that currently recognize same-sex marriage stands at 30, as well as the District of Columbia. In addition to the 11 we just listed, same-sex marriage is now recognized in:

The Supreme Court’s move puzzled many legal experts and advocates. Because the High Court suggested support for gay marriage when it invalidated the part of the Defense of Marriage Act (DOMA) that denied benefits to legally married same-sex couples, many believed the Supreme Court would take the final step — and effectively make same-sex marriage legal on the federal level.

‘Clear signal where all this is heading’

“In very short order we will see about 60 percent of the American people living in a freedom-to-marry state. It’s a clear signal from the Supreme Court where all this is heading.”