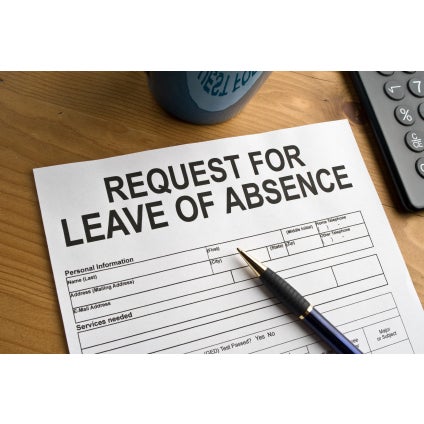 How far can an employer really go when all it has is an “honest suspicion” of FMLA abuse? A recent court case describes one organization’s successful handling of just such a situation.
Dalpiaz v. Carbon County, Utah involved Bridget Dalpiaz, a benefits administrator who was involved in a car accident that caused her to go on leave.
Following her leave, Dalpiaz’s employer made repeated requests for her FMLA healthcare certification. Dalpiaz finally sent her employer — Carbon County, Utah — the certification two months after the initial request was made.
Following her leave, Dalpiaz returned to work on a modified schedule — working two hours per day, twice a week.
That schedule apparently created quite a stir.

Dalpiaz’s colleagues – and other members of the community — started reporting to county officials that Dalpiaz was involved in a number of activities that were inconsistent with the injuries and limitations she’d reported. These activities included: playing football with her kids, working in her yard and helping her children with costume changes during dance recitals.
A number of these allegations were even made in written form to Dalpiaz’s employer.
These reports prompted Carbon County to direct Dalpiaz to get an independent medical exam (IME) to prove that she was actually entitled to FMLA leave. Again, Dalpiaz’s employer made this request several times before she finally told them that she was unable to provide the IME because it required a doctor’s referral.
The company then terminated her employment, and Dalpiaz responded with an FMLA interference lawsuit.

The appeals court didn’t think there was any evidence of FMLA interference and affirmed summary judgment for Carbon County.
According to the court, there was no FMLA interference because there was only an “indirect link” between Carbon County’s reason for terminating Dalpiaz and the FMLA. Such a weak link certainly wasn’t enough to prove an FMLA interference claim to proceed.
As the court pointed out, it wasn’t FMLA leave or Dalpiaz’s health condition that led to her termination, it was her failure to return the IME on a timely basis.
The court’s statement about Dalpiaz’s reported FMLA abuse and subsequent termination gives employers a good idea of how valuable the “honest suspicion” defense can be when it comes to defeating an FMLA interference claim:

What is important is not the absolute truth regarding Plaintiff’s state of health, but rather whether the [employer] terminated her because it sincerely, even if mistakenly, believed she had abused her sick leave and demonstrated significant evidence of untruthfulness. And on this record, there is no evidence to suggest the county fabricated these or any of the other reasons given for Plaintiff’s termination in order to justify an attempt to interfere with Plaintiff’s FMLA leave.

Bottom line: The “honest belief” defense is a proven way for employers to both prevent FMLA abuse — and come out on top in the event of an FMLA lawsuit. However, it’s critical to gather the proper evidence to back up the honest defense argument.