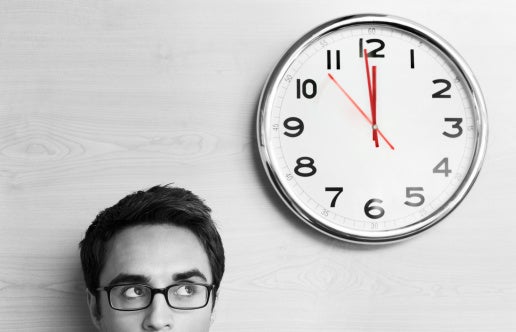 Oh, yes. The survey gods have smiled down upon us once again.

A dozen HR professionals and hiring managers out of a poll of 2,201 shared excuses they’ve heard from employees arriving late to work that are so horrible, they’re awesome.
These were the crown jewels of the survey, conducted by Harris Poll on behalf of the surveying masters at CareerBuilder:

Those offbeat excuses aside, most employees stick to convention when giving reasons for their tardiness. In addition to HR and hiring pros, the survey also polled 3,008 full-time employees.
And the employee portion of the survey found these to be the most common reasons employees say they’re late:

Just how often are employees whipping these excuses out?
Nearly one-quarter (23%) say they’re late at least once a month, and 15% admit they arrive late at least once a week.
The consequences for committing such offenses?
Only 35% of employers say they’ve fired a worker for tardiness, and another 34% say they try to work with employees — allowing them to arrive late once in a while as long as it doesn’t become a pattern.
And nearly one in five (18%) of employers don’t care how employees manage their time as long as the work gets done.