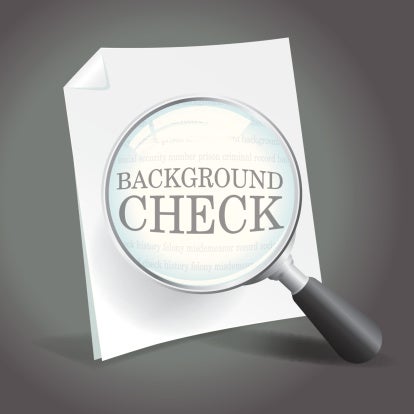 The latest chapter in criminal background check drama finds an entire state suing the Equal Employment Opportunity Commission (EEOC).
As you likely remember, in early 2012 the EEOC released guidance stating that criminal background checks could have a disparate impact on minorities, and that the agency would be keeping a close eye on firms that made those checks part of their hiring process.
Since then, the agency hasn’t been afraid to go after companies for their policies — and companies (and judges) haven’t been afraid to voice their disapproval.
Then nine states’ Attorneys General sent a complaint letter to the EEOC. And now, the entire state of Texas has filed suit against the agency, claiming that the EEOC’s stance unlawfully limits the ability of employers to exclude convicted felons from the workforce.

The lawsuit, which the IQ Blog notes is the “first direct challenge to the EEOC’s controversial background check guidance,” doesn’t pull any punches.
The 19-page case filing notes in the very first section that “the State of Texas and its constituent agencies have the sovereign right to impose categorical bans on the hiring of criminals, and the EEOC has no authority to say otherwise.”
Texas Attorney General Greg Abbott, who filed the case, goes on note that both private employers and state agencies in Texas are prohibited from hiring convicted felons or certain ex-offenders for specific jobs.
But, as Abbott wrote, “If state agencies choose to comply with the EEOC’s interpretation, they not only violate state law, but also must rewrite their hiring policies at taxpayer expense. And these state entities also must begin evaluating and hiring felons to serve in law enforcement, teach in local elementary schools, nurse veterans and the disabled, counsel juvenile detainees, and coach little league.”

What does Texas want?

So what does Texas want out of this lawsuit? Abbott laid it out:

We’ll keep you informed about how the case shakes out.
The case is State of Texas v. Equal Employment Opportunity Commission and Berrien.