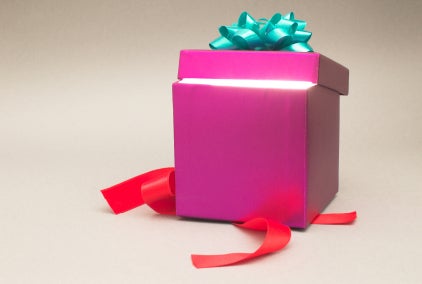 It takes a special kind of person to give the gifts that appear on the lists below.
CareerBuilder provides the gift that keeps on giving. Each year, it surveys the U.S. workforce in search of the most unusual gifts employees have given or received from co-workers.
If you recall, last year’s survey produced gems such as:

This year’s list is arguably better. To come up with it, CareerBuilder surveyed 3,602 full-time employees, and 2,326 HR and hiring managers.
Behold the 2015 list of the top 10 most unusual gifts given in the workplace:

Are you at risk?

So what are the odds such, ahem … “goodies” will infiltrate your office this holiday season? More than a fifth (21%) of workers say they intend to purchase a holiday gift for co-workers this year, and 20% said they plan to get one for their boss.
How much will be spent on these gifts?

What about cold, hard cash?

It also looks like most employees won’t get “Griswolded” by their employers this year with jelly-of-the-month memberships in place of cash. More than half of employers (54%) plan to give employees a holiday bonus this year.
Employees of other organizations may not be so lucky, but there’s a good chance they’ll get something — as 45% of employers say they’ll give employees gifts this year, and 66% say they plan to throw a holiday party.