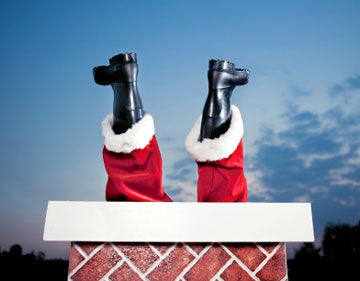 OK. It’s time for the annual holiday party no-no story — the one where we run down all the bad things that might get employers in legal trouble during a get-together that’s supposed to celebrate the season and raise morale. Except, we’re going to turn the entire concept on its head.

Instead of the same-old “Here’s What Not To Do” list, let’s take a look at the things you can do to guarantee some fresh new lawsuits and legal problems in the New Year — because, after all, your legal team isn’t busy enough already.
Let’s get started:

Alcohol is the key to the success of any holiday party, so you’ll want to make sure the booze is flowing non-stop. Don’t bother with food — that just inhibits the buzz. Make sure there are a lot of fruity concoctions that taste like Kool-Aid but pack a punch like Mike Tyson.
Don’t do what those stick-in-the-mud companies do and try to control peoples’ intake through the use of drink tickets or closing the bar early. And for heaven’s sake, don’t invite spouses or other family members — they have a dampening effect on employees really getting down and dirty.

Let ’em get home on their own

These people are grown-ups — they got to the party on their own, let ’em figure out how to get home on their own. Don’t waste the company’s money on such things as cab rides, designated drivers or (heaven forbid) hold the party in a hotel where over-imbibers can sleep over. Sure, there’s a chance you might get slapped with some kind of negligence lawsuit if somebody gets hurt or killed in an accident on the way home, but think of the potential savings — which you might want to invest in more booze.

Make sure they show up

Yeah, we know, some people have religious beliefs concerning parties, especially when liquor’s being served. Ignore them. Hey, it’s the holiday season, and we expect everybody to show up — and be merry, dammit.
Also, don’t worry about the wage-and-hour implications of asking non-exempt workers to help decorate and set up the party location. They’ll be happy to donate their time.

Don’t remind them of your harassment policies

Naturally, you’ve got strict anti-harassment policies, and that’s fine for the workplace. But do you really want to kill workers’ childish enthusiasm for holiday celebrations by reminding them of all those rules? Of course not.

This is America, and we call it Christmas

It’s a Christmas party, so be sure to call it exactly that. And don’t let anybody put up any kind of decorations or symbols of the season that aren’t directly tied to the Baby Jesus.
Nobody’s going to be offended just because company management ignored their cherished holiday traditions, which likely only go back thousands of years. ‘Tis the season to be merry, right?