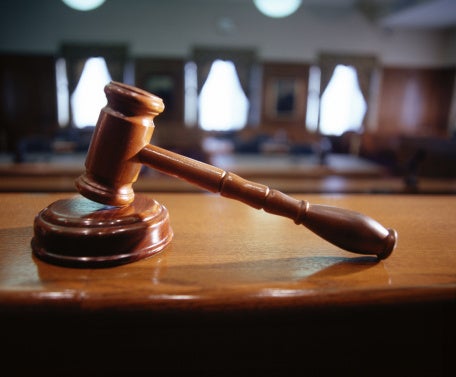 You’d think that giving an employee the transfer he applied for would make him happy. Instead, it got this firm sued – and an appeals court has remanded the case for trial.
Apparently, ’tis the season for crackbrain legal rulings.
You’ll remember the recent story of a federal court awarding legal fees of $700,000 to a plaintiff who had been awarded only $27,000 in a discrimination case. Now we have the story of Robert Deleon, an employee of the Kalamazoo County (MI) Road Commission who applied for an internal transfer to the post of equipment and facilities superintendent.
The job description for the position Deleon sought described the working conditions as “primarily in office … and in garage where there is exposure to loud noises and diesel fumes.”
Initially, he was passed over in favor of another candidate. But then the job came open again, and he was transferred to the post.
All’s well that ends well, right? Not so much. Deleon eventually sued the county, saying the transfer was a retaliatory “adverse employment action” motivated by discrimination.
Huh?

No surprises in working conditions

There’s more craziness here. Deleon never withdrew his initial request for the transfer, nor did he complain at the time he received the transfer.
After a lukewarm review, Deleon accused his supervisors of “setting him up to fail.”
In its ruling, the appeals court judge wrote, “Deleon provided evidence that he was exposed to toxic and hazardous diesel fumes on a daily basis … He testified further that he had to wipe soot out of his office on a weekly basis … As a result, Deleon claims that he contracted bronchitis, had frequent sinus headaches, and would occasionally blow black soot out of his nostrils,” concluding that DeLeon’s statements “present sufficient evidence that the work environment was objectively intolerable.”
Wait. Didn’t Deleon know about the working conditions when he originally asked for the job?
The court also noted that Deleon “applied for the position with the intention of commanding a substantial raise,” which he didn’t receive. That, in the court’s judgment, bolstered Deleon’s argument that his eventual transfer was “involuntary.”

‘The answer escapes me’

The best rebuttal of this head-scratching decision comes from a scathing dissent written by Judge Sutton of the appeals court.

The [employer’s] decision to give Deleon what he wanted, what he persisted in seeking when at first he did not succeed, did not amount to an adverse employment action, much less a retaliatory one. Deleon voluntarily applied for the job with full knowledge of its pros and cons, making it difficult to fathom how he could premise a claim of retaliation on the transfer alone.
A retaliation claim requires the employer to do something bad to the employee — something that might ‘have dissuaded a reasonable worker from making or supporting a charge of discrimination.’ … That concept cannot be bent and stretched to cover an employer’s decision to grant an employee’s request for transfer. …
Deleon applied for the job with full knowledge of the conditions — and indeed complained when he did not initially get the job. An adverse employment action requires conduct by the employer that would hinder a reasonable employee from complaining about discrimination.
How could a reasonable employee interpret the granting of a sought-after transfer as a warning not to complain about this or that conduct of the employer? The answer escapes me.

We know how you feel, Your Honor.
The case is Deleon v. Kalamazoo County Road Commission.