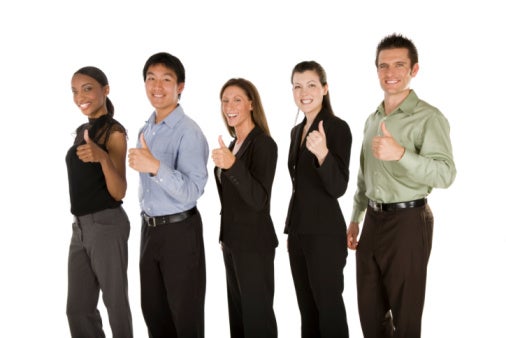 Employee recognition programs have kind of become old hat these days. So how can you pump new life into this morale-building effort?

The most common characteristics of high-ROI recognition programs — regardless of their monetary value — are their spontaneity and perceived value by employees themselves.
In reality, the cost of some of most effective spot awards and bonuses often amount to less than 1% of base pay — and the awards don’t even have to be given in cash.
Less sense of entitlement
Part of the problem with traditional end-of-year or quarterly bonuses (apart from the fact that they cost employers an average of 10% of base pay) is that employees expect to receive them for reaching certain goals.
Sometimes employees simply expect it no matter what. For example, at many firms, an annual holiday bonus is viewed as an entitlement and people inevitably grumble that it’s not high enough. On the flip side, with spontaneous awards and bonuses, workers are often pleasantly surprised.
Here’s what the experts suggest to make the latter type of awards work, even if they’re lower in cost:
1. Creativity is crucial
The most effective programs typically give out awards weekly or monthly. To avoid over-stretching the budget – and avoid a ho-hum attitude setting in – creativity is a must.
One way that never gets old: combining time off with a second, non-cash award. Example: One firm gives a half-day off in combo with movie passes once a month.
Another, at weekly staff meetings, holds a random drawing for a dinner gift certificate, plus permission to leave work early once.
2. Make it personal
Rewards have more lasting impact when they’re geared to people’s personal needs or interests. Two examples:

3. Add structure
The awards may seem spur of the moment, but top programs have a fixed budget and structure set before anything is handed out. Example: One retail firm awards “points” for good work. Folks can then trade in their points for store merchandise.
By letting people bank points for more valuable rewards, the employer saw a solid jump in retention.
Other organizations prefer to let employees reward each other. For instance, a small healthcare provider keeps a “goodies box” onsite – paid for in petty cash and stocked by employees themselves.
When someone spots a co-worker going the extra mile, he or she pulls out a prize and awards it. The program is a huge hit: It’s immediate and personal, yet structured.