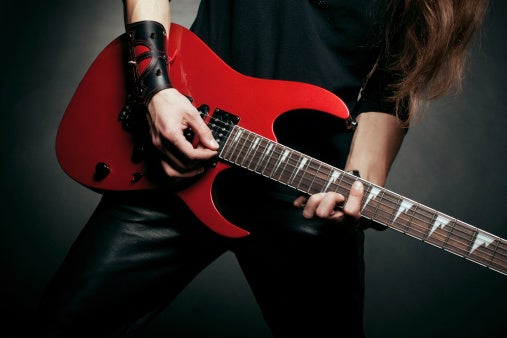 If you can’t trust the frontman of a heavy metal band named Cousin Sleaze, who can you trust?
Christopher Inserra was a police officer with the New York Port Authority. In June of 2010, he reported that he severely injured his arm assisting a Port Authority employee to a medical facility.
From that point until March of 2012, Inserra claimed he was unable to work due to a “tremendous amount of pain” in his arm, and he applied for disability benefits.
During that period of supposed “incapacity,” Inserra collected his $90,000 annual salary as well as more than $30,000 in disability payments.

Apparently not satisfied with those takings, Inserra decided to moonlight as the lead singer for the heavy metal band Cousin Sleaze.
Then, photos from an April 2011 concert surfaced in a criminal complaint which show Inserra “violently flailing his arms in an up-and-down motion,” reported CBS News.
Also part of the complaint was video footage from the band’s Miles of Mayhem tour. In it Inserra can be seen fist pumping and “thrashing” without any signs of discomfort.
Investigtors from the Port Authority’s office of inspector general had even videotaped Inserra performing with his band in Brooklyn.
In the face of such strong evidence against him, Inserra plead guilty to fraud. As a result, he’s been ordered to repay all of his disability payments, and he faces up to 14 months in prison. He’ll be sentenced in August.
As part of the plea deal, Inserra had to resign from the force.
He told a judge that he was legitimately injured on the job, and according to a report by The New York Daily News, Inserra claimed that on a 1-to-10 scale, the pain in his arm was an eight. But he said he’d recovered sufficiently enough by December of 2010 to resume working.
Inserra was scheduled to go on trial, but the threat of facing more jail time in a jury conviction likely prompted him to issue a guilty plea.
For those of you who are curious (and we know you are), the band has released several albums, one of which is entitled “Sick Maniacs” and features the songs “Infection” and “Walk of Shame.”