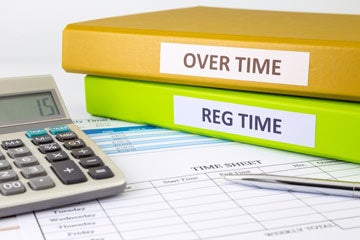 Donald Trump’s former driver claims to be owed years of overtime pay, and the potential FLSA violation could end up costing the President hundreds of thousands of dollars.
Noel Cintron was Trump’s personal driver for more than 25 years. And while he was paid an annual salary of $75,000, Cintron now claims he was incorrectly classified as an exempt employee, and should be paid for roughly 3,300 hours of overtime.

As Trump’s driver, Cintron was on duty from 7 a.m. until whenever he was no longer needed. This resulted in him working an average of 55 hours a week. Due to the statute of limitations, Cintron can only sue for the past six years of unpaid overtime instead of the full 25. Still, overtime pay of $54 an hour for 3,300 hours would result in a big payout of more than $175,000.
The FLSA requires employers to pay workers one and a half times their normal rate once they exceed 40 hours in a week, unless they meet certain exemptions. Some of these exemptions include managing other employees or being an educated professional. Since Cintron didn’t meet any of these FLSA exemptions, it would appear he is classified as a non-exempt employee who can be paid overtime.
However, there’s another law that complicates Cintron’s claim. The Motor Carrier Act allows drivers to be exempt from overtime if their vehicle weighs more than 10,000 pounds. So, Cintron’s claim could come down to the weight of the car he drove.
Trump’s team also argues that Cintron gladly accepted his $75,000 salary and never made one complaint about the lack of overtime pay over the past 25 years.

Whether or not Cintron wins his claim, there’s an important lesson in this case for employers. Even if employees are satisfied with how they’re compensated, that doesn’t mean employment laws don’t apply. It doesn’t matter if an employee would rather have the salary you offer them — you must follow FLSA provisions, have them properly classified and pay them accordingly.