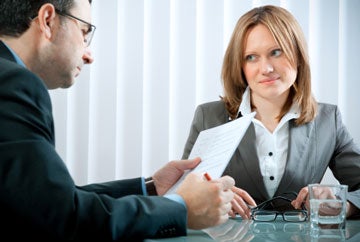 Feel like it takes forever to come to a decision on new job candidates these days? That may be part of a troubling, growing trend.
In 2009, the average interview process took about 13 days. By 2013, that number had nearly doubled to 23 days.
That’s according to Catherine Rampell with The New York Times, who asked jobs website Glassdoor to compile info on the duration of the job application process.
While there are major differences among industries, the upward trend of lengthier interview processes appears to be true across all companies and sectors.
Exhibit A: Restaurants, bars and food services went from a seven-day interview process in 2009 to a 12-day interview process last year — and that’s the shortest time span of the bunch.
On the other end of the spectrum: arts, entertainment and recreation positions. A 13-day process in 2009, applying and interviewing for one of those jobs took nearly an entire month in 2013.
And that’s bad news for employers. Rampell notes that longer interview processes are more expensive — your workers need to take more time to interview and vet people, and interviewees get frustrated by the feet dragging.

Rampell explored two theories behind the extended process in the article:

The takeaway: In some instances it might be better to hire the “good enough” candidate rather than wait for the “absolutely perfect” one.
Check out Rampell’s article on the Times‘ website for a graph and a chart laying out Glassdoor’s numbers in particularly dramatic fashion.