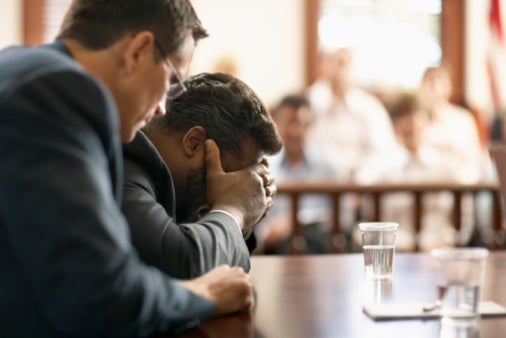 This ruling’s going to scare the pants off a lot of employers — and it should.
An administrative law judge for the National Labor Relations Board (NLRB) just gave employees the green light to make racist comments to fellow workers — as long as they’re not accompanied by violent threats and the comments are made in connection with “concerted activity.”
Got a pretty thorough anti-harassment policy that prohibits any form of harassment based upon race, skin color or national origin?
Apparently, the NLRB doesn’t care.

During union negotiations, the collective bargaining agreement the Cooper Tire plant in Findlay, OH, had with Local 207L expired.
As a result, Cooper locked its unionized employees out and began using temporary replacements until a new collective bargaining agreement could be hashed out.
The locked-out workers then picketed outside of the facility, often yelling some pretty unflattering things at the temporary workers — many of whom were African American — as they arrived at the facility.
But the vast majority of those remarks weren’t threatening or racist in nature — there was a lot of “scab” and “go back to where you came from” … things like that.
Then, Anthony Runion was caught on camera yelling racist comments at some of the temporary workers, including:

After seeing Runion make those comments on security tapes, which were recording the picketing activity, Cooper terminated Runion.
Cooper said Runion violated its anti-harassment policy, which prohibits harassment of workers based upon their race, color, religion sex, age or national origin.
The policy said, “[h]arassment consists of unwelcome comments or conduct relating to race, color, religion, sex, age or national origin, which fails to respect the dignity and feelings of any Cooper employee.”
Runion, when he was hired, signed a form acknowledging that he received a copy of the harassment policy and understood it.
Shortly after his termination, the union filed a grievance, alleging that Runion’s discharge violated the National Labor Relations Act (NLRA), which protects workers’ ability to participate in “concerted activities” for the purpose of altering the terms and conditions of their work.

Contrary to everything you’ve been taught — and likely every fiber of your being — as HR pros, the judge ruled the company’s harassment policy isn’t what should’ve taken precedence here.
He said the comments were clearly made within the context of union activities, so the NLRA should’ve been the guiding doctrine (we’re guessing the EEOC would’ve stated otherwise).
The judge did state that “serious acts of misconduct” during union activities can disqualify a person from protection from the NLRB, but that didn’t happen here.
What counts as a serious act of misconduct, you ask? Violence or verbal threats that would “coerce or intimidate employees.”
The judge ruled Runion’s comments weren’t violent or threatening, and therefore he didn’t lose protection under the NLRA.
Specifically, the judge said:

“… Runion’s conduct and statements did not tend to coerce or intimidate employees in the exercise of their rights under the Act, nor did they raise a reasonable likelihood of an imminent physical confrontation. Runion’s ‘KFC’ and ‘fried chicken and watermelon’ statements most certainly were racist, offensive, and reprehensible, but they were not violent in character, and they did not contain any overt or implied threats to replacement workers or their property. The statements were also unaccompanied by any threatening behavior or physical acts of intimidation by Runion towards the replacement workers in the vans.”

Bottom line, according to the ruling: Runion’s actions were protected activity under the NLRA, and his termination was illegal.
Cooper is now forced to reinstate Runion with back pay and benefits.

What about the EEOC?

The NLRB has made some pretty unbelievable rulings recently in the name of protecting employees’ rights to participate in “concerted activity,” which the NLRB defines very broadly. But this ruling has to take the cake.
It’s actually condoning vile behavior at the work site — and takes more power out of the hands of HR to maintain order in the workplace.
What’s most concerning, however, is this ruling appears to fly in the face of everything the EEOC’s telling you to do — investigate and, if necessary, take action against employees who conduct racist behavior and create a hostile work environment.
Employers put in this position now have to ask themselves: Would I rather risk having the EEOC on my back or the NLRB?
The decision certainly seems to put employers in a lose/lose situation. If it were up to us, we’d probably do what Cooper did and dismiss Runion. Back pay and benefits certainly seems a lot lighter than the potential fallout from a racial discrimination/harassment case brought by the EEOC.
Cite: Cooper Tire & Rubber Co. and United Steel (PDF)