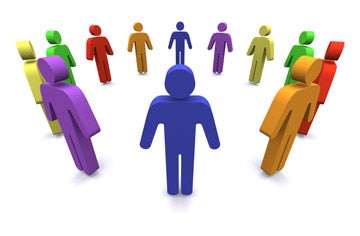 It was 16 years ago that a business and insurance coalition sunk the Hillary Clinton-led proposal for universal health care in the United States. But times have changed — and so have the odds that a proposal led by President Obama will succeed.
What’s different? A number of things:
Business support. The Clinton initiative failed partly because business groups opposed the plan, and many business leaders today still are skeptical of any government-led plan. Those same business leaders are also looking at what employee health coverage is costing and where it’s headed — up, mainly. These days, business leaders are at least willing to listen to the details of any plan that puts a lid on health spending. The business groups that have come out in support of a universal plant include such unusual suspects as the Business Roundtable and the National Federation of Independent Business.
Coalition forces. Supporters of the Clinton plan felt as if they got ambushed by opponents — you may remember the “Harry and Louise” TV ads. And those supporters vow they won’t let it happen again. They’ve teamed up to form a group consisting of  the Campaign for America’s Future, MoveOn.org and Health Care for America. That coalition kicked off its push by handing Congress a petition with 300,000 signatures during a White House-led healthcare forum on March 5. Add to that the support of The Divided We Fail healthcare coalition headed by the AARP, and you have a formidable group.
President Obama. At least for now, Barack Obama is seen as a less divisive figure than the Clintons were in the early ’90s, so that gives him a head start with Republicans who are on the fence about universal coverage.  One example of the difference: Obama called Dr. J. James Rohack, the incoming president of the American Medical Association, for consultation on the plan; the Clintons left out the AMA.  Rohack has said he’s had “a very good dialogue” with the Obama administration. On top of that,  Obama operatives have figured how to use the Internet to garner support, and they’re ready to launch an e-campaign for universal coverage.