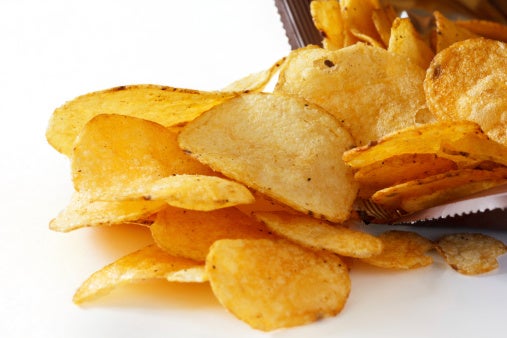 A $1.39 bag of chips has cost pharmacy giant Walgreen Company $180,000 — in the form of a settlement with a diabetic employee who was fired for taking the chips without permission to stave off an episode of low blood sugar.
Here’s how the case unfolded, as outlined in an earlier post:
Josefina Hernandez worked as a cashier at a California Walgreens store for 18 years. About five years into her tenure, she was diagnosed with Type II diabetes, a condition she reported to her employer.
In the 13 years that Hernandez worked for Walgreens after being diagnosed with diabetes, Walgreens allowed Hernandez to keep candy nearby in case of low blood sugar, keep her insulin in the break room refrigerator and take additional breaks to test her blood sugar or eat because of her diabetes.
In that 13-year time period, there was only one time when Hernandez asked to take an additional break to eat food because of low blood sugar. Apparently, the accommodations provided by Walgreens were working out just fine.
But then came the famous Chip Theft of 2008.
Hernandez was returning items in a shopping cart to shelves when she noted she was shaking and sweating from low blood sugar. She didn’t have any candy with her and was in the magazine aisle, so she opened a $1.39 bag of potato chips that was in the cart and ate some of them.
After 10 minutes, when she started feeling better, Hernandez said, she went to pay for the chips at the cosmetic counter (where she had been instructed to pay for store items) but no one was there. Hernandez put the potato chips under the counter at her cash register and returned to restocking items. She later paid for the chips when her cashier duties were finished.

An assistant store manager spotted the chips and asked whose they were. Hernandez said the chips were hers. The assistant manager reported Hernandez to the store manager for taking the chips.
After meeting with store management,  Hernandez was suspended and then terminated for violating the store’s “anti-grazing” policy.
According to court testimony, Walgreens officials said the company incurs significant losses from employee theft, estimated at exceeding $350 million per year. In order to combat the problem, Walgreens has a strict policy against employee theft in the form of “grazing” — eating food merchandise without paying for it first — that applies to all employees.
The store manager testified he was “absolutely certain” about terminating Hernandez because she took the chips in violation of company policy, and that he believed there was no “gray area” or “discretion” under Walgreens’ policy.
Hernandez filed an EEOC complaint. The EEOC investigated and brought suit against Walgreens, arguing that Hernandez was terminated in violation of the Americans with Disabilities Act.
Hernandez claimed her supposed violation of the anti-grazing rule was caused by her disability — low blood sugar — and should have been considered an accommodation. Walgreens argued that it can never be a reasonable accommodation to require an employer to accommodate employee theft, and asked that the case be dismissed.
Nope. First, there was the question of whether Hernandez’s actions came about as a result of her disability, the judge said. And “whether Walgreens should have been required to ‘accommodate’ [Hernandez’s] stealing as a ‘reasonable’ accommodation is for a jury to determine,” wrote U.S. District Judge William H. Orrick.

After some legal wrangling between the corporation and the EEOC, the company agreed to the settlement, which was approved by Judge Orrick.
According to the consent decree settling the suit, Walgreens agreed to pay Hernandez $180,000 and to post its revised policy regarding accommodation of disabled employees on its employee intranet site.  The company will also provide anti-discrimination training, make periodic reports to the EEOC, and post a notice regarding the decree for three years.
Cite: EEOC v. Walgreen Co.
This post is an update of a story that originally ran on HRMorning April 18, 2014.