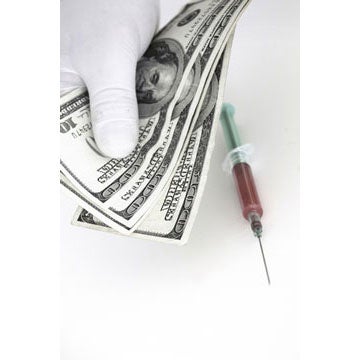 A company hires an employee. Years later, HR learns he lied about being a drug and alcohol addict on his application. Can he be fired for his dishonesty?
Read the dramatized version of this real-life case and see if you can determine the outcome.

“You’re firing me?” asked employee Robert Carlyle. “What for?”
HR manager Marlene Satchell nodded. “For lying to us about your past drug use.”
“And that’s enough to get fired?” asked Robert. “I don’t understand.”

‘I know the ADA protects me’

“On your application last year, we asked you if you’d ever been recognized or diagnosed with drug or alcohol addiction,” Marlene said.
“We also asked if you’d ever been treated or were still being treated for alcoholism or drug addiction,” she added.
“So?” asked Robert.
“You answered ‘no’ to both questions,” said Marlene. “But we know that’s not true. After you were injured on the job last month, we found out you have a history of narcotics use and that you still attend AA and NA meetings.”
“You lied to us when you applied, and the application clearly stated that falsifying that info could get you fired,” Marlene added. “We have no choice but to let you go.”
“You don’t know what you’re doing, Marlene,” said Robert. “I know my rights, and I know that former addicts are protected under the Americans with Disabilities Act. I’ll see you in court.”
Robert sued, claiming disability discrimination.
Did the firm win?

Yes, Marlene’s company won.
The issue wasn’t whether Robert was a recovering alcohol or drug addict, the court said.
Instead, it was whether the company could believe Robert’s responses on his application were dishonest.
The evidence that came out after Robert’s on-the-job injury make it clear.
Robert had received treatment at a drug and alcohol facility in the mid-90s after a DUI conviction. He also admitted to attending Alcoholics Anonymous (AA) and Narcotics Anonymous (NA) meetings.
Despite that, Robert marked “no” on his application form when asked if he’d ever been recognized, diagnosed or treated for addiction.
Since the company fired him for lying (and not for being a former addict), the termination was legal.

Though this firing was upheld, remember this: Employees who are recovering from drug or alcohol addiction may be protected under the Americans with Disabilities Act, said Maria Danaher on Employment Law Matters.
But it’s different when employees are instructed to tell the truth – and they still lie. That, Danaher said, is likely to be upheld, as it was in this case.
The case is Reilly v. Lehigh Valley Hospital.