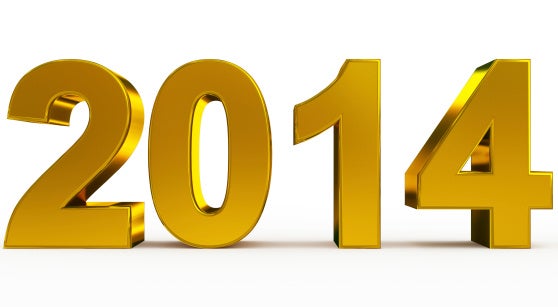 This year was no walk in the park for HR pros — and there looks to be plenty to keep everyone busy in the coming year.

Here’s what should be on HR’s radar in 2014, courtesy of Fisher & Phillips’ Jim Holland and Much Shelist’s Sheryl Jaffee Halpern.

The Equal Employment Opportunity Commission (EEOC) hasn’t earned a boost in popularity since it publicized its new guidance on criminal background checks in 2012.
Since then, the agency hasn’t been afraid to go after companies for their policies — and companies (and judges) haven’t been afraid to voice their disapproval.
Then nine states’ Attorneys General sent a complaint letter to the EEOC. And the entire state of Texas filed suit against the agency, claiming that the EEOC’s stance unlawfully limits the ability of employers to exclude convicted felons from the workforce.
Will the EEOC back down in 2014? Unlikely, says Holland.
If anything, the agency may increase pressure on businesses to show that background checks are job related and that firms don’t exclude candidates with certain convictions.

Last year, the Supreme Court overturned the Defense of Marriage Act and repealed the 30-year-old FSA use-it-or-lose-it rule.
This year, HR pros can look forward to rulings in these cases:

Illinois recently became the 20th state (along with the District of Columbia) to legalize marijuana for medical use – and it definitely won’t be the last.
If you’re like most companies, you’ve already got a drug and alcohol use policy, and the changes in marijuana regs for certain states won’t change its effectiveness.
At the same time, you may want to revise your policy if you’re in one of the 18 states where marijuana use has been legalized. (Here’s a full list.)
If you do update your policy, make it clear that despite the expansion of people’s rights outside the workplace, your company still prohibits its use and can do so legally.
You should also communicate that to staff — just so no one tries to test the policy’s legality.
If you’re not in a state that’s approved medical marijuana use, keep an eye on your state legislations to see if medical marijuana is gaining support.

You knew this was coming.
No two ways about it: Healthcare reform is going to be HR’s biggest headache moving forward. In fact, all other topics of concern cower in the face of the ongoing struggles companies will face with reform next year. Holland notes that:

Uncertainty about how the Affordable Care Act will unfold is creating havoc for employers. It’s possible that executive orders will unilaterally change the directives being debated, that more provisions will be postponed or changed — or that the ACA will simply implode under its own weight.

This ambiguity will overshadow every other employment issue in 2014.

Yes, the employer mandate to provide reform-compatible health insurance was pushed back to 2015, giving companies an extra year to prepare.
But 2014 will still see a number of major regs taking effect, including: