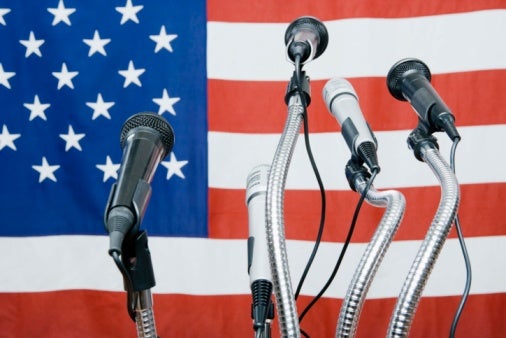 So now Republicans control Congress. Will anything change for employers?

It’ll be an interesting political season, that much we can say for sure. But are real changes coming in employment law? Really hard to say.
Ilyse Wolens Schuman and Michael J. Lotito, writing on the Littler Mendelson blog, note that now that the GOP controls both houses of Congress, both Senate and House committees will be chaired by Republicans. They’re expecting those new chairmen to put the screws to federal agencies like the EEOC, DOL and NLRB.
Like this scenario:

Sen. Lamar Alexander (R-TN), current ranking member of the Senate Committee on Health, Education, Labor and Pensions (HELP), has already released a statement promising to “fix our broken system and move our country in a new direction.”  Such efforts will include “put[ting] an end to the Obama administration’s unconstitutional overreach …” Republicans have repeatedly criticized the administration of executive overreach.
Over the past year, the White House has issued several controversial executive orders and presidential memoranda, including the Fair Pay and Safe Workplaces Executive Order, which imposes multiple new risks and obligations on government contractors; Executive Order 13658, which raises the minimum wage for workers and tipped employees of federal contractors; and a memorandum directing the Department of Labor to revise its “white collar” overtime exemption regulations.
The Republican majority may use the power of the purse to rein in such initiatives.  Specifically, Senate Republicans will likely rely on the appropriations process to block agency regulations, including those issued to implement the President’s executive orders or directives.  Lawmakers could include provisions in funding bills that explicitly bar agencies from using the funds to carry out the contested measures.

Harold P. Coxson, writing on the Ogletree Deakins blog, said he expected a lot closer monitoring of the activities of the National Labor Relations Board, including blocking funding for the NLRB’s so-called “ambush election rules” that would definitely make it harder for employers to fight union organizing efforts.

On the legislative front, Schuman and Lotito see the GOP taking aim on Obama labor and employment policies through legislation:

Sen. Alexander and Sen. Mitch McConnell (R-KY), who is slated to become the new Majority Leader,  have already introduced the National Labor Relations Board Reform Act, a bill that would, among other things, expand the NLRB from five members to six, three Republicans and three Democrats, as well as require a majority of four members to make a decision to encourage consensus from both sides.  The five-year terms of the members would be staggered, and synchronized in pairs, with one member from each political party facing confirmation at the same time.

Other bills could challenge the EEOC’s alleged “overreaching” in its enforcement plan, and, of course, the dreaded Affordable Care Act — Obamacare.
But Robin Shea of Constangy Brooks & Smith doesn’t see big changes coming to the health reform law. First, she points out, while the GOP has the majority in the Senate, it doesn’t have sufficient votes to override an Obama veto:

So even though House Speaker John Boehner (R-OH) and Sen. McConnell are saying they’ll work to repeal or partially roll back the Affordable Care Act, expect to see an actual vote that is largely symbolic. The President is expected to veto any but the most incremental legislation, and the Republicans won’t be able to do anything about it unless they can find six moderate Democrats to join them. Are there any moderate Democrats left after Tuesday?

A recent story in the Boston Globe outlined the parts of Obamacare that Republicans plan on targeting: An unpopular tax on medical devices, changing employer requirements on insurance by increasing the definition of a full-time worker from 30 to 40 hours per week, and eliminating rules that most Americans obtain insurance or face a penalty — better known as the individual mandate.
We’ll keep you posted.