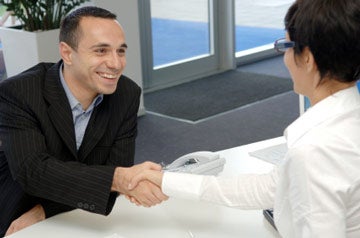 What are the latest trends in hiring, social networking and drug and alcohol testing?
Here’s what the rest of the year is going to look like for many HR pros, courtesy of the annual Employment Screening Benchmarking Report from HireRight.

The biggest concern for many employers this year: finding, retaining and developing the right talent. Over 50% of respondents said that was their top business challenge, far outpacing regulatory changes and compliance (33%) and revenue growth (32%).
Of note: Over 40% of companies surveyed said they have no plans for talent management this year, an astounding leap from a scant 5% last year.

Nearly 70% of respondents said they expect hiring to increase in 2013. That’s on par with the 71% of people who answered in the affirmative last year, showing that the economy remains on the up-and-up, albeit slowly.
That’s tempered slightly, though, by the amount respondents think hiring will increase. The majority (30%) said they only expect to see a 1% to 4% uptick in hiring. Plus, 50% of those respondents said those positions will be filled with temp or part-time staff.

Social media continues to ebb its way into all aspects of the workplace, with nearly 55% of employers saying they use social media for recruiting. That’s up 4% from last year.
The number of firms using social media for background screening (14%) is significantly lower, however:

Given the regulatory and personal privacy concerns surrounding the use of social media for background checking, respondents who do so were asked if they have a company policy to govern the process. Fewer than one-fourth (24%) of respondents indicated they do.

No surprise here: The majority of companies (78%) conduct drug and alcohol tests, with a majority of those (88%) coming before the first day on the job.
While there have been rumblings about more sophisticated drug and alcohol tests involving saliva, blood or hair becoming common, 95% of respondents still stick by the tried-and-true urine test and 42% still use a breath alcohol test.
And with marijuana use in the news, HireRight asked firms about their stance on medical marijuana. Nearly 80% of companies said they have no medical marijuana policy.
Of those that do, however, not all take adverse action against those who test positive — only 63% of job candidates and 56% of current employees are punished.