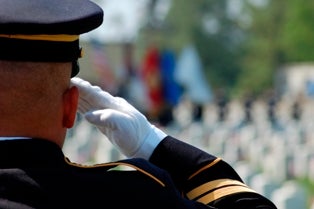 How often have you been able to say this, “A bill to change Obamacare is receiving bipartisan support”?
The answer is: not very often.
But so far, a bill to exclude veterans receiving healthcare benefits from the federal government from employers’ full-time employee counts has received 438 votes “for” and zero votes “opposed.”
A few weeks ago, the House passed the Hire More Heroes Act of 2015 by a vote of 412-0.
More recently, the Senate Finance Committee passed the bill by a vote of 26-0.
The bill will go before the full Senate next. But before it does, lawmakers from both sides of the aisle have said they plan to offer up amendments too it.
Still, assuming the bill’s not tweaked too heavily, it seems likely to make it out of the Senate (after all, who’d vote against a bill with a name like that?).
The next stop would be President Obama’s desk.

The goal of the bill, as you might imagine, is to create incentives for employers to hire military veterans, according to Congressional lawmakers.
It would do so by allowing employers to exclude veterans receiving healthcare benefits from the federal government — such as benefits offered via the Department of Veterans Affairs or the TRICARE program — from their Obamacare full-time employee calculations.
Under Obamacare’s employer mandate, employers with at least 50 “full-time equivalent” employees must offer company-sponsored health insurance to the vast majority of those employees or pay steep penalties.
The mandate began phasing in this January, mandating that employers with at least 100 full-time equivalent employees offer coverage to those workers in 2015.
The 50-employee requirement kicks in January 2016.
Under the Hire More Heroes Act, employers wouldn’t have to count veterans with government-provided insurance toward the 100- and 50-employee thresholds. They also wouldn’t have to offer those vets company-sponsored insurance.
So, in essence, employers could hire veterans and not have to worry about it triggering costly Obamacare requirements.
Stay tuned.