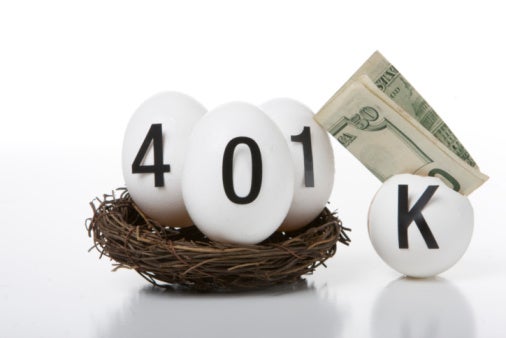 Recognizing that a 3% default rate for 401(k) participation just isn’t cutting it any longer, a growing number of employers are setting their default rates much higher.
In fact, they’re doubling that 3% figure.
Nearly a third (29%) of defined-contribution plans currently auto-enroll participants at a 6% salary deferral rate, a significant jump from the 17% of plans that did so in 2011.
That’s according to T. Rowe Price’s annual 401(k) benchmarking report.
What’s more, the bulk of plans (51%) now have auto-enrollment, the feature that puts employees into that default rate in the first place. That’s up from the 28% of plans that included this feature back in 2011.
Auto-enrollment is one of the most effective ways employers can bolster 401(k) participation. In fact, plans with an auto-enrollment feature have a participation rate of 88%, while those without this feature only have a participation rate of 48%.
That disparity is even greater among workers in the 20-29 demographic, with 84% participation among plans that offer auto enrollment versus 30% among those that don’t.

Despite the aggressive plan design tweaks employers are making to their 401(k)s, workers’ contributions are still well short of where they should be: 15% of their take-home rate (including the employer match).
The average participant deferral rate was just 7%, according to the report.
One tactic employers can use to bump up that participation rate: Automatically escalate workers’ contribution rates every year after a raise kicks in.
Of course, if you do up to use this feature, employees must have the option of opting-out whenever they’d like.