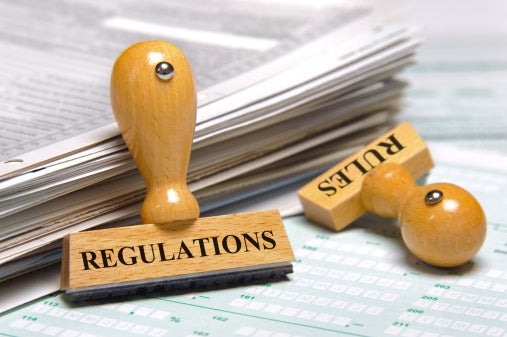 Earlier this year, President Obama ordered the labor secretary to rewrite the overtime exemption rules under the Fair Labor Standards Act (FLSA), but no timetable for that was set. But now we have a clearer picture of when to expect the new rules.
The Obama Administration just released its Semiannual Regulatory Agenda (PDF).
On the bottom of page 56, under the title, “Defining and Delimiting the Exemptions for Executive, Administrative, Professional, Outside Sales, and Computer Employees,” the Department of Labor (DOL) has prioritized the rule changes as “Economically Significant” and assigned a date of proposed rulemaking of November 2014.
Now the DOL is not bound to stick to that date, but it’s a pretty safe bet we can expect a Notice of Proposed Rulemaking in or around this upcoming November. Then we’ll finally have a definitive grasp of what the new rules will look like.

For now, employers just have to plan around what Obama and his administration have said so far.
Back in March, when Obama issued the memorandum to the labor secretary to update the regulations regarding overtime exemptions, the White House issued a fact sheet saying:

The overtime rules that establish the 40-hour workweek, a linchpin of the middle class, have eroded over the years. As a result, millions of salaried workers have been left without the protections of overtime or sometimes even the minimum wage.

The sheet then went on to say:

Workers who are paid hourly wages or who earn below a certain salary are generally protected by overtime regulations, while those above the threshold who perform executive, professional or administrative duties are not. That threshold has failed to keep up with inflation, only being updated twice in the last 40 years and leaving millions of low-paid, salaried workers without these basic protections.

What happens after November?

Bottom line: Even if things happen quickly, it’s unlikely the new regulations would be in place before next spring.
When the feds last tinkered with the FLSA overtime rules, it too nearly two years for the changes to take effect, which happened in 2004.