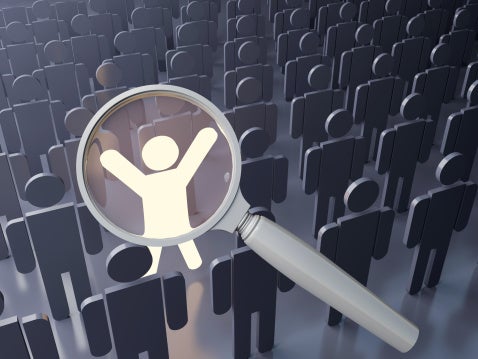 We’ve got proof: Superstar employees not only perform spectacularly on their own, they make everyone around them better.

At least that’s the conclusion drawn in a recent paper from the National Bureau of Economic research entitled Why Stars Matter.
The research centered around university academic departments. Productivity was measured by the number of papers published, and the number of times those papers were cited in other academic literature.
Walter Frick, writing on the Harvard Business Review blog, explained that superstars were defined as academics who ranked above the 90th percentile based on citation-weighted publications.
The paper looked into three ways these top performers affected the overall improvement in their departments:

The research found that department-level output increased by an average of 54% after the arrival of a star. A significant fraction of the star effect was indirect: After removing the direct contribution of the star, department level output still increased by 48%.
And beginning just a year after the superstar joined the department, the average quality of new hires improved dramatically — which of course, led to even more improvements in productivity and quality.
Frick, pointing out that the effect of these top performers likely varies across and even within industries, offered his take on the research:

While generalizing these results to a particular industry or firm is unwise, the research nonetheless provides a framework for firms to think about hiring top talent.
The direct benefits of a superstar can be substantial, but it’s also important to consider how the hire will effect other employees’ productivity. Not all superstars are equal in this regard, so look for someone who’s likely to up the game of those around her. Finally, it’s critical to consider the impact the hire might have on recruitment.
In at least some cases, the biggest effect of hiring a superstar is who it allows you to hire next.

So much for the superstars. Let’s now look at the other side of the coin: Getting rid of the people who really aren’t into their jobs — and therefore probably won’t ever be much of an asset to the organization.
Amazon recently revealed its solution to that problem. It’s offering up to $5,000 for people to quit.
According to a story on CNN.com, Amazon CEO Jeff Bezos announced the “Pay to Quit” program in a letter to shareholders last week. The concept: Make sure that the Internet retailer’s employees really want to be there.
“The goal is to encourage folks to take a moment and think about what they really want,” he wrote in the letter. “In the long run, an employee staying somewhere they don’t want to be isn’t healthy for the employee or the company.”
According to CNN, the company has experimented with this program in recent years, but rolled it out to its 40,000 warehouse employees in January. Newer employees are offered $2,000 to quit. The plan is to increase that offer by $1,000 each year until the amount hits $5,000.
Fewer than 10% of the employees who got the offer took it and left the company, CNN said.