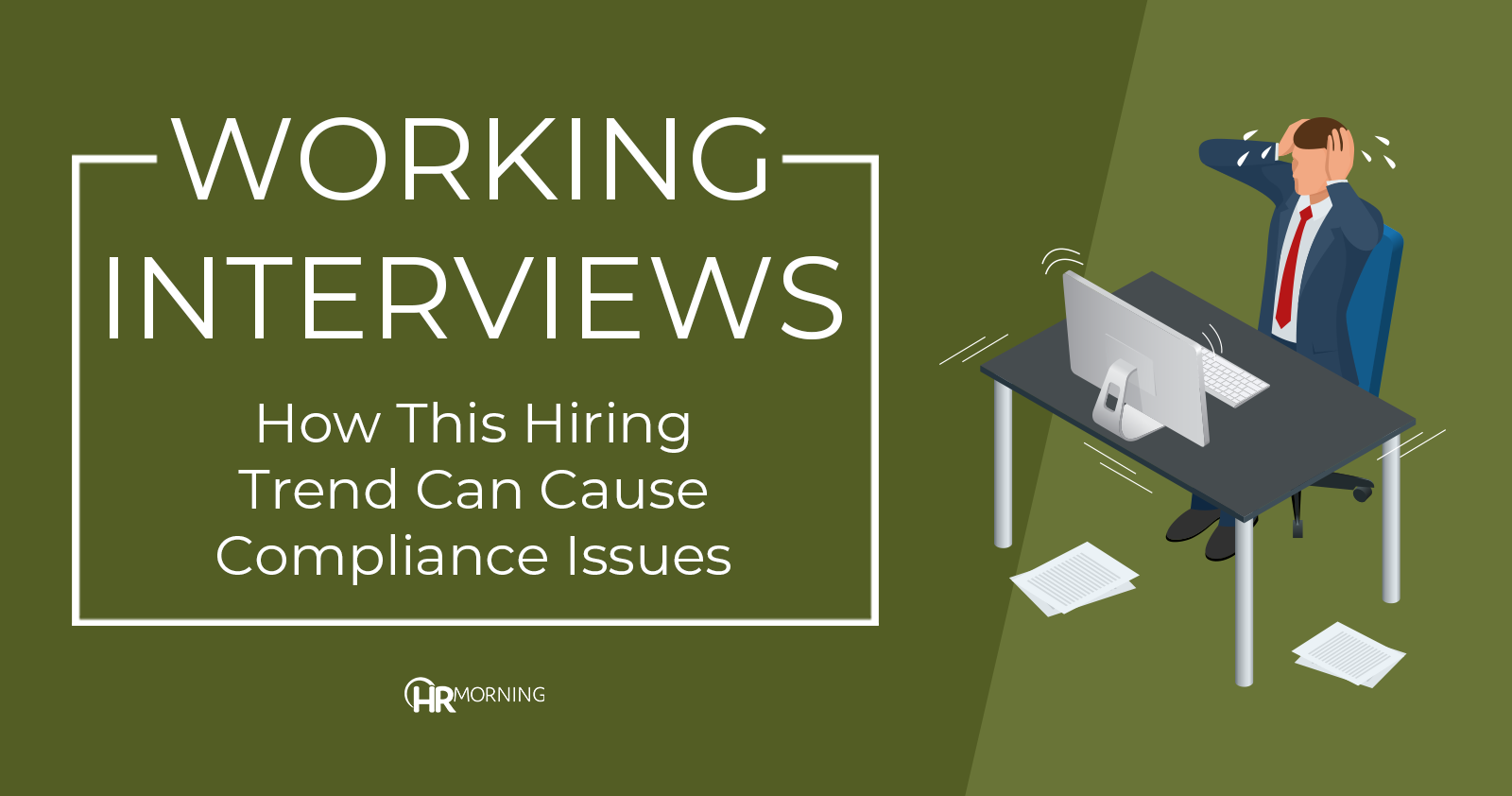 News flash: The feds don’t like it when you bring in “applicants” for a “working interview” – and then refuse to pay them for the work they perform.

The lesson is going to cost a Nashville dental practice $50,000 after a settlement in federal district court.

The practice will pay $50k in back wages and liquidated damages to 10 employees for FLSA minimum wage, overtime and recordkeeping violations.

According to the DOL’s Wage and Hour Division, Smiley Tooth Spa:

Although it’s hard to believe that any employer could think such an approach could fly in this day and age, this case is a good reminder that people who perform duties for the benefit of any organization are, almost universally, entitled to be paid.

Even if they aren’t yet considered an “official” employee, they’re performing the work of one, and must be paid for it.

Some good news: With working interviews, employers don’t necessarily have to pay the position’s advertised salary. The law only says workers must receive at least minimum wage for their work, so companies do have some flexibility.