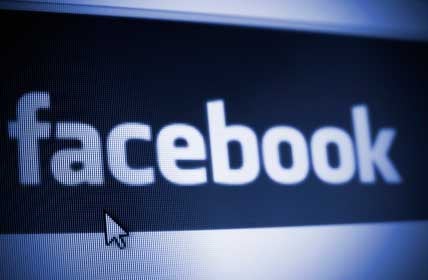 The National Labor Relations Board (NLRB) may be cracking down on companies trying to control employees’ use of social media, but companies across the globe are taking steps to tighten standards on what workers should be allowed to say on the Internet.
More than 70% of employers participating in a recent Proskauer survey said they’d taken disciplinary action against employees for misuse of social media – double the number that said they’d done so in 2012.
Nearly 90% of companies use social media for business purposes and almost half allow employees to use social media for non-business activities, according to Proskauer’s Social Media in the Workplace Around the World 3.0.
More than 110 respondents from a broad range of multinational businesses participated in the survey, detailing their social media policies and practices in jurisdictions including Argentina, Brazil, Canada, China, Denmark, France, Germany, Hong Kong, India, Ireland, Italy, Japan, Spain, the Netherlands, the United Kingdom and the United States.
The majority of businesses have had to deal with social media misuse, the report said, which probably is the reason:

Another step: 36% of employers actively block access to social media sites, compared to 29% last year. And only 43% of businesses permit all of their employees to access social media sites, a drop of 10% since Proskauer’s last survey.
What are employers chief concerns with employees expressing themselves on social forums? Take a look:

Proskauer’s survey involved companies across the globe — and only 110 of them — so it’s tough to determine just how accurate these numbers are for American companies. Because in this country, as you know, the NLRB has been extremely interested in protecting employee speech on social media forums.
Donna Ballman, who authors the blog Screw You Guys, I’m Going Home, conveniently provides an employee-side attorney’s overview of some of the most recent NLRB rulings involving social media:

Tossing a disclaimer requirement: Kroger had the brilliant idea of requiring employees to post a disclaimer whenever their posts related to work: “The postings on this site are my own and do not necessarily represent the postings, strategies or opinions of The Kroger Co. family of stores.”  The NLRB judge tossed the disclaimer requirement with this comment:
An ever increasing amount of social, political, and personal communication, increasingly by people of all ages, takes place online.… A rule that required Kroger employees, who are identified as such, to mouth a disclaimer whenever they conversed with others about “work-related information,” while standing on a street corner, picket line, in church, in a union meeting, or in their home, would never — ever — withstand scrutiny. As with traditional, in-person communication, this required online disclaimer has no significant legitimate justification and is, indeed, burdensome to the point that it would have a tendency to chill legitimate section 7 speech.
Tossing an anti-negativity policy: Hills and Dales General Hospital decided all employees must be happy, or at least not express unhappiness. A NLRB judge tossed policies with this language: “We will not make negative comments about our fellow team members and we will take every opportunity to speak well of each other,”  “We will represent Hills & Dales in the community in a positive and professional manner in every opportunity,” and “We will not engage in or listen to negativity or gossip. We will recognize that listening without acting to stop it is the same as participating.” They stopped short of, “You will be assimilated.”
Making an employer rescind policy against discussing executives, customers, suppliers: Valero had to toss its social media policy to satisfy the NLRB. The offending policy about discussing executives, et al. was this:
Protecting the confidential information of our employees, customers, partners and suppliers is also important.  Do not mention them, including Valero executives, in social media without their permission, and make sure you don’t disclose items such as sensitive personal information of others or details related to Valero’s business with its customers.
Valero also had to toss this policy: Do not post anything that is false, misleading, obscene, defamatory, profane, discriminatory, libelous, threatening, harassing, abusive, hateful or embarassing to another person or entity.  Make sure to respect others’ privacy.

Never hurts to get a peek at what the other side is talking about.