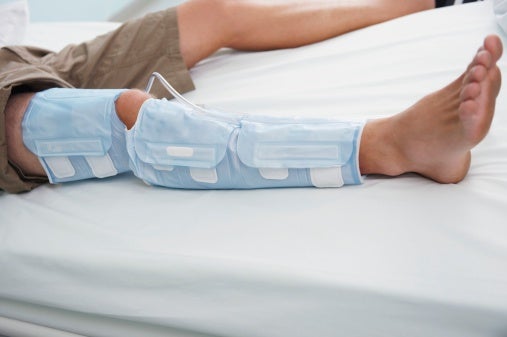 In a not-so-surprising development (at least to those paying workers’ comp insurance premiums), the field of “things employees can’t collect workers’ comp for” continues to shrink.
The South Carolina Supreme Court just ruled a worker can receive workers’ comp for an injury sustained playing kickball, The New York Times reported.
And no, as you’ve likely guessed by now, playing kickball was not part of his job description.

Meet Stephen Whigham, an employee of the PR firm Jackson Dawson Communications.
After being instructed by his boss to organize an employee team-building event, Whigham put together a voluntary kickball game, which he decided to play in.
While avoiding a tag, Whigham shattered two bones in his leg, which required two surgeries, and he’ll eventually have to undergo a knee replacement.
After much legal wrangling, the South Carolina Supreme Court ruled that he should get workers’ compensation benefits, although a hearing will be held to determine the final amount.
The state’s highest court said he’s entitled to benefits because he was expected to attend the game as part of his professional duties — after all, he was the one who organized it.

Did he have to play?

But that wasn’t everyone’s opinion.
According to The Times’ report, workers’ comp commissioners initially denied Whigham’s claim, saying the game was voluntary. An appeals court agreed.
But, nevertheless, Whigham’s case found its way into the hands of the South Carolina Supreme Court.
There it was ruled his organization of the game obligated him to attend — therefore, he gets comp.
Still, two dissenting justices questioned whether or not he had to play, even if he had to attend.

How to control comp

Don’t want to open yourself up to this kind of workers’ comp claim? Make sure employees know what’s voluntary and what’s not.
It’s possible that had Whigham’s supervisor made it clear that his participation in the game was voluntary (even if he had to attend), the original commission ruling would have stood.