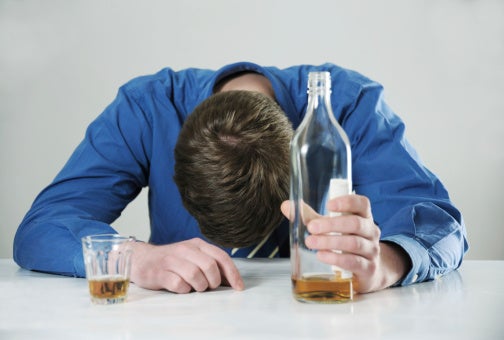 Could this company really forbid one of its employees from drinking alcohol — both on the job and off the clock?
Thomas Ostrowski worked for Con-way Freight as a driver sales rep. The company has a strict drug and alcohol screening program per regulations from the Department of Transportation, and Ostrowski was trained on those regs.
In May 2009, Ostrowski was granted FMLA leave to enter rehab for the treatment of alcoholism.
Afterward, Ostrowski returned to work without any changes to his wages, hours or working conditions.
But — and here’s the kicker — Con-way made Ostrowski sign a Return to Work Agreement (RWA) stating that he’d remain “free of drugs and alcohol (on company time as well as off company time) for the duration of [his] employment.”
One month later, Ostrowski suffered a relapse and re-entered rehab. Con-way fired him, saying he’d violated their agreement.

Other workers didn’t have the same requirement

So Ostrowski sued, claiming his termination violated the Americans with Disabilities Act (ADA) and the FMLA.
Specifically, Ostrowski argued that his alcoholism qualified as a disability. He also claimed he was discriminated against because the company had imposed a greater burden on him (never drinking again) than on other workers.
Con-way countered that it didn’t fire Ostrowski because of his alcoholism. Instead, he was fired for violating his RWA — and the court sided with Con-way.
As the court said, “Ostrowski does not explain how the RWA, to which he voluntarily agreed, tends to discriminate against him because of his alleged disability (alcoholism) as opposed to regulating his conduct (drinking alcohol). To the contrary, the RWA does not restrict the ability of individuals who suffer from alcoholism to work at Con-way. Rather, it simply prohibits employees subject to its terms from consuming alcohol.”

Is it time for an alcohol prohibition policy? Maybe not

Yes, Con-way won. But should you get to work on writing up those alcohol prohibition forms? Probably not.
In fact, attorney Bennett L. Epstein, writing on the Labor & Employment Law Perspectives blog, cautioned employers about doing that very thing:

Even though the Third Circuit had little compassion for Tom’s drinking and it gave great deference to the back to work agreement, broad prohibitions on drinking outside the workplace can nonetheless violate state discrimination and disability laws. For example, the Illinois Right to Privacy in the Workplace law prohibits employers from refusing to hire an applicant or imposing any adverse employment actions on an employee because the person uses lawful products off the premises of the employer during nonworking hours. As long as drinking alcohol remains legal, the trucking company might not have been able to enforce its agreement in Illinois.