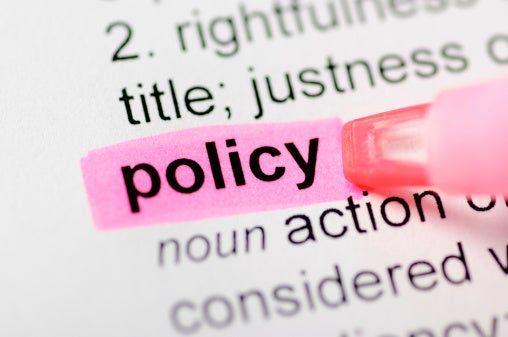 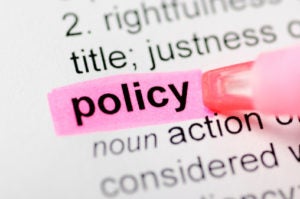 A recent court decision confirms that employers can, indeed, use their absence notification procedures and certification requirements to help keep FMLA leave requests under control.
The case involves an assembly worker named Matt White, who worked for Dana Light Axle Manufacturing, LLC in Kentucky.
It’s a long, convoluted tale, and we can’t summarize it better than the folks at the law firm Jackson Lewis did in a recent client alert:

White worked for Dana from 2006 to 2009. The company had a no-fault attendance policy providing that “all absences must be phoned into [the number provided] on a daily basis.” In addition, the policy states that “[i]f an individual fails to report to work for two days and has not called in, that person is considered to have voluntarily quit.”
The company’s FMLA policy required employees to provide 30 days’ advance notice of the need for foreseeable leave and a completed medical certification. Leave could be denied or delayed for failing to comply with the notice or certification requirements.
In September 2009, White required surgery for a hernia. He called in on September 22, 23, and 24, and returned to work on September 25 to submit his FMLA certification. However, because the certification was incomplete, he was sent home and was told to return on September 28 for a meeting with the human resources manager. Although White was at work on September 28, he failed to attend the meeting, so it was rescheduled for September 30.
At the September 30 meeting, White submitted a FMLA certification covering his absences on September 22, 23, and 24. The certification included a restriction prohibiting him from lifting more than 20 pounds. There were no positions available to accommodate the restriction, and White was asked to speak to his physician about whether the restriction could be lifted. White was absent on October 1, 2, 5, and 6, but he failed to call in as required by the company’s attendance policy.
On October 1, the human resources manager sent White a memorandum outlining the deficiencies in his medical certification and gave him until October 7 to correct them. But because White did not return to work and did not call in his absences, the human resources manager sent him a termination letter dated October 6, 2009, pursuant to the attendance policy.
On October 7, before receiving the termination letter, White left a revised medical certification on the human resources manager’s desk before he went for surgery. Although he received the termination noticed on October 8, White called in his absences as FMLA leave from October 9 until October 15.

Eventually, White filed suit, alleging that the company had violated his FMLA rights.

If you skimmed over all the twists and turns in the case (and we can’t say we’d blame you), here’s what you really need to know: White didn’t follow his employer’s policies concerning calling in for absences, and didn’t offer acceptable certification of his condition in a timely manner.
And those two facts caused the judge to dismiss his lawsuit.
White’s case was based on an earlier court decision — Cavin v. Honda of Am. Mfg., Inc. — in which the judge ruled in favor of an employee alleging FMLA interference because the employer “could not impose notice and procedural requirements that were more restrictive than those required by the FMLA,” Jackson Lewis attorneys wrote.
But the rules had changed since the Cavin decision — by Congress’s updating of the Family and Medical Leave Act in 2009.
This time around, the Kentucky appeals court noted one section in the 2009 reg, which reads: “(W)here an employee does not comply with the employer’s usual notice and procedural requirements, and no unusual circumstances justify the failure to comply, FMLA-protected leave may be delayed or denied.”
Case closed.
The takeaway? You’ve got a tool to control FMLA requests you may not realize you had — your policies on how people need to notify their supervisors that they won’t be coming in to work. If enforced correctly, they could offer significant protection if your firm ever finds itself embroiled in a legal battle over your handling of an FMLA scenario.
The official title of the case is Srouder et al. v. Dana Light Axle Mfg.