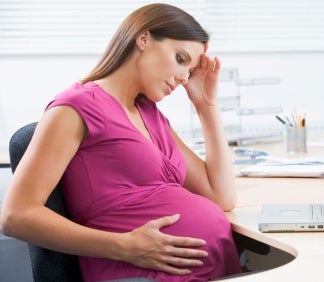 No question, the feds have gotten a lot more aggressive in enforcing laws against pregnancy discrimination. And employers shouldn’t expect that business considerations will serve as a shield against prosecution.
Florida-based insurance brokerage firm Brown & Brown will pay $100,000 take other remedial measures to resolve a pregnancy discrimination lawsuit filed by the EEOC, the agency announced.
According to the EEOC lawsuit, Brown & Brown made a written job offer to an applicant and also sent her an employment agreement for a “personal lines technical assistant” position at its Daytona Beach location. It even went so far as to suggest start dates.
The applicant responded, affirming her interest, but asked if she could get answers to a few questions.
About two hours later, the applicant spoke with the department leader’s assistant and inquired about maternity benefits because she was pregnant, according to the EEOC.
The assistant immediately advised the department leader of the applicant’s pregnancy and, minutes later, according to the suit, the applicant received an email from the company rescinding the job offer, stating that it “had a very urgent need to have somebody in the position long term …We appreciate you telling us beforehand.”
You know what happened next. The applicant complained to the EEOC, and the agency eventually filed suit in U.S. District Court for the Middle District of Florida, Tampa Division after attempting to reach a pre-litigation settlement.

Besides the monetary penalty, the consent decree resolving the case also calls for: