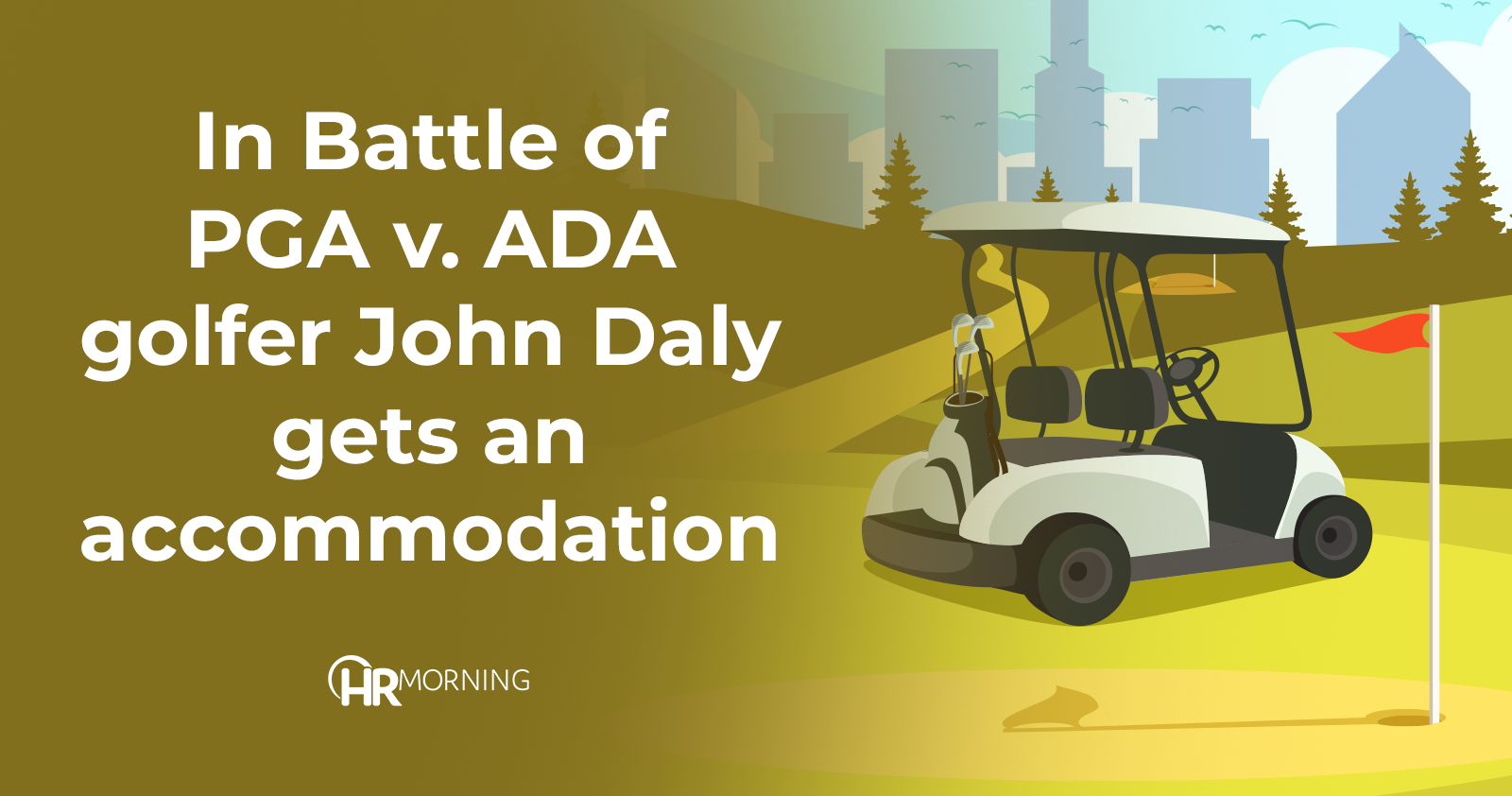 Turns out even the PGA (the Professional Golfers Association) falls under the auspices of the ADA (the Americans with Disabilities Act), which apparently offers no mulligans the second time around.

According to the published reports, pro golfer John Daly has been granted permission by the PGA to ride in a cart during competition in this week’s PGA Championship at Bethpage Black, on Long Island, NY.

The pro golfing circuit has long required players to walk the course, with a caddy to tote the bag. Daly won this event in 1991 and so, has a lifetime exemption to play in the tournament, one of professionals golf’s four major tournaments.

Daly suffers from osteoarthritis in his right knee. He withdrew from the U.S. Senior Open last year after his request for a cart under the ADA was denied. Daly’s knee problems also sidelined him from the Open Championship. He regularly tees it up on the senior circuit, known as the Champions Tour, which allows players to use golf carts.

The last player to use a cart during a major was Casey Martin at the 2012 U.S. Open. Martin fought the PGA Tour for the right to ride in tournaments through the ADA, ultimately winning his suit. Martin also used a cart at the 1998 U.S. Open.

Daly, 53, a rotund and colorful figure on the tour, epitomizes the image of the overweight, chain-smoking, beer-guzzling golfer. He’s made just one cut at the PGA Championship since 2007, finishing tied for 12th as Kiawah Island in 2012. He lasted played Bethpage Black in competition at the 2002 U.S. Open, and tied for 70th.

The PGA Championship opens May 16.