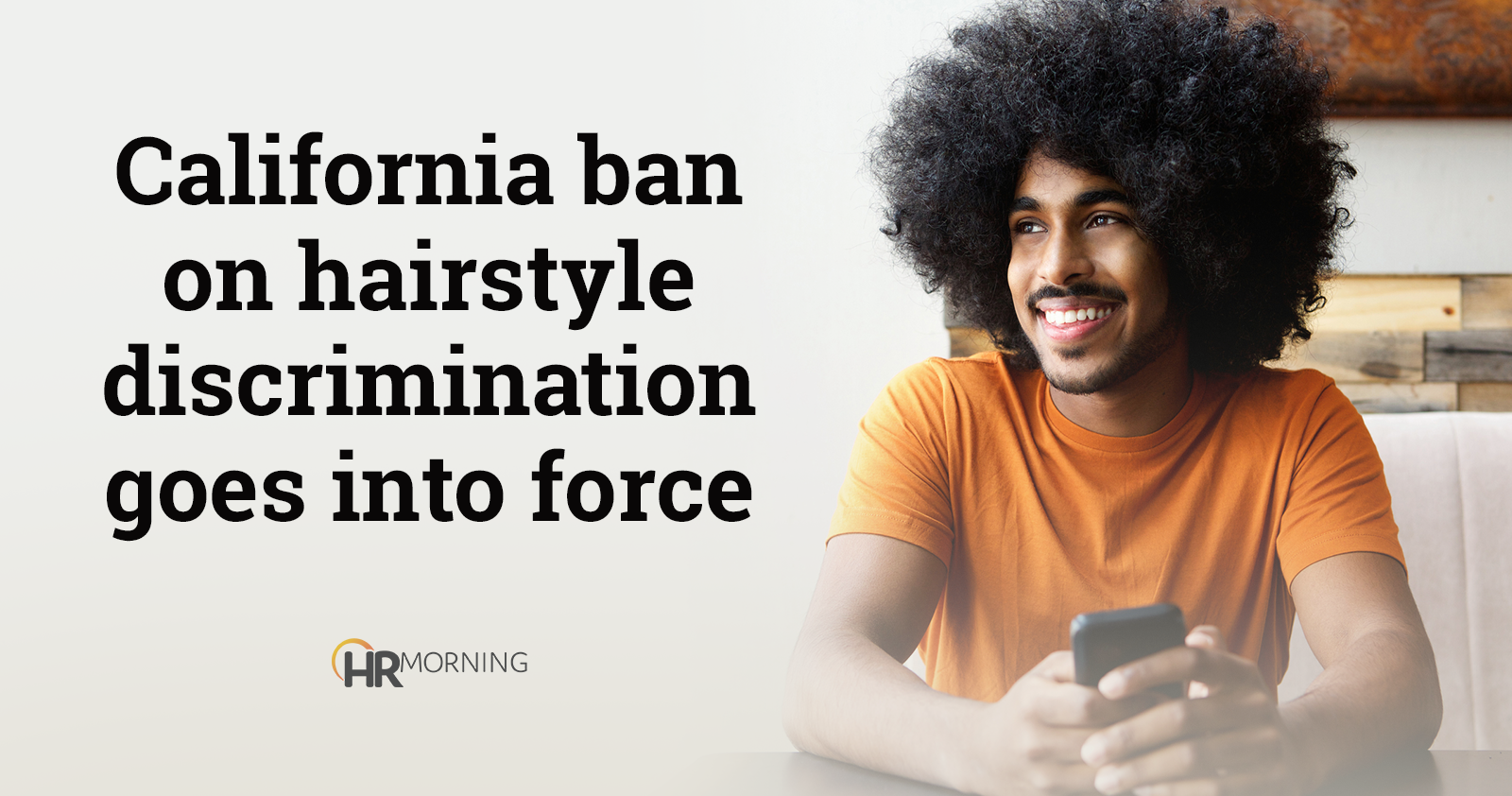 California law now prohibits employers from implementing dress and appearance policies that discriminate against employees or job applicants based on how they wear their hair.

Governor Gavin Newsom on July 3 signed into law the CROWN Act (Creating a Respectful and Open Workplace for Natural Hair).

Grooming standards as proxy for race and source of bias

The law, which is now part of California’s Fair Employment and Housing Act prohibits discrimination in employment and education based on hairstyles that feature “traits historically associated with one’s race, such as hair texture and protective hairstyles.”

All employers with operations in the state should revisit and revise any personal grooming policies that might run afoul of the law.

And employers should quickly train all personnel involved in interviewing and hiring, to prevent bias against candidates who choose to wear “hairstyles [such] as braids, locks, and twists.”

While not restricted to hairstyles most often associated with African Americans, the Act states that hairstyles remain a proxy for race and a source of hiring bias, “especially for Black individuals.”

It defines religious dress as including “religious clothing, head or face coverings, jewelry, artifacts, and any other item that is part of an individual observing a religious creed.”

The CROWN Act has also been introduced in New York and New Jersey, with other states and municipalities likely to follow.

Indeed, even before the state legislature acts, the New York City Commission on Human Rights in February issued its Legal Enforcement Guidance on Race Discrimination on the Basis of Hair.

Those regulations follow the Crown Act’s language and focus on “eliminate[ing] dress code and grooming policies that prohibit natural hair, which are likely to deter Black applicants and burden or punish Black employees.”