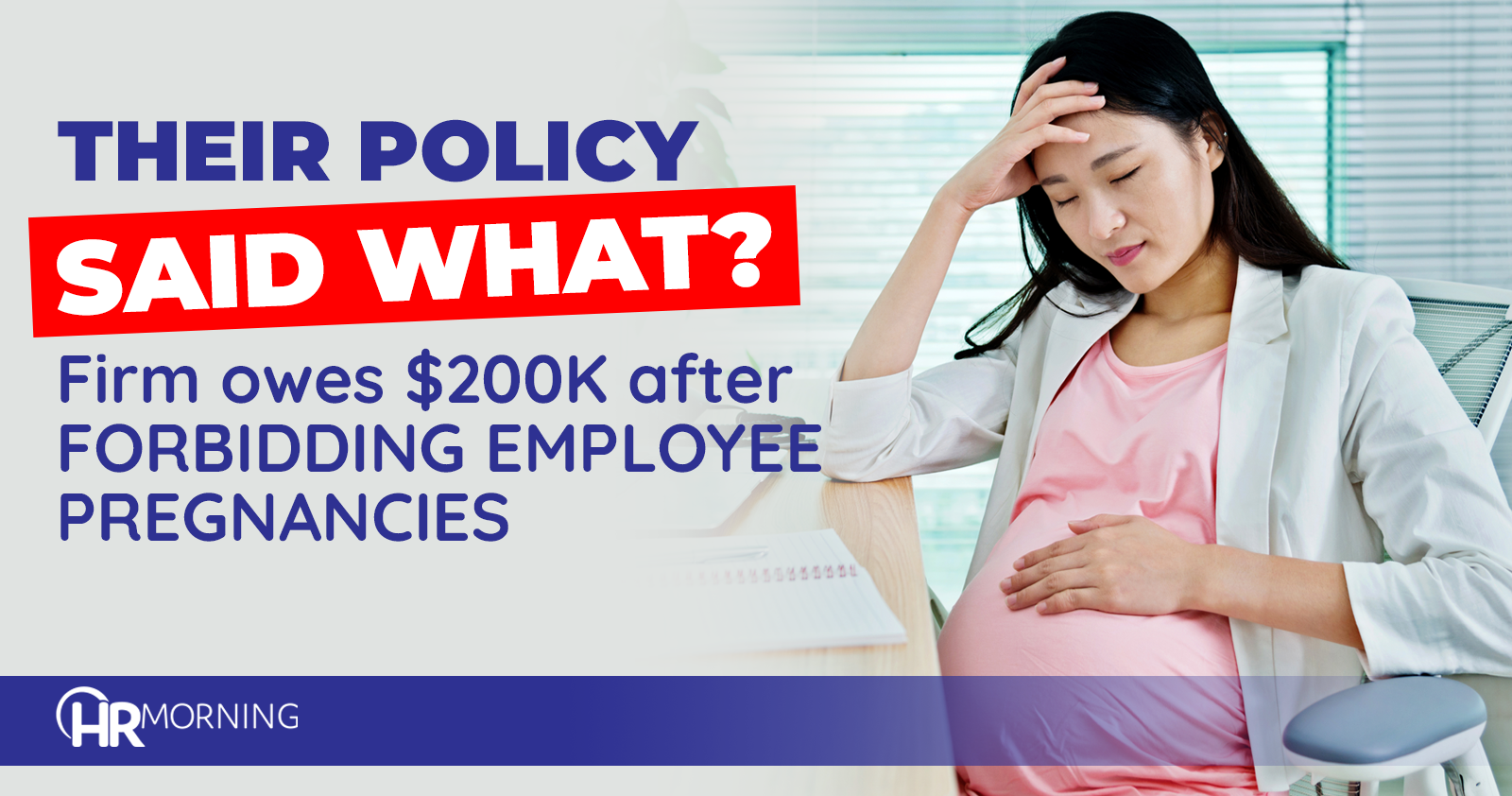 Most employers know that it’s illegal to discriminate against pregnant employees — which makes it all the more shocking that it was one company’s policy to do so.

The EEOC recently filed a lawsuit against A Plus Care Solutions, a supplier of professional caregivers in Jackson, TN, for violating the Pregnancy Discrimination Act (PDA).

The shocking charges claim A Plus Care required every female employee to sign a pregnancy policy at their orientation. This policy allegedly stated if they were to get pregnant, their employment would be terminated when they reached their fifth month of pregnancy.

The policy alone would’ve been enough to warrant a lawsuit, but according to the EEOC, A Plus Care followed through with it and fired several pregnant employees. All of these women were still able to perform their job duties at the time of their terminations.

The company settled the lawsuit and agreed to pay $200,000 in monetary relief. A Plus Care also agreed to enter into a two-year consent decree, which forbids it from removing pregnant employees unjustly from their positions or requiring them to disclose their pregnancies.

A Plus Care will also now have an equal employment opportunity consultant monitor its practices and policies.