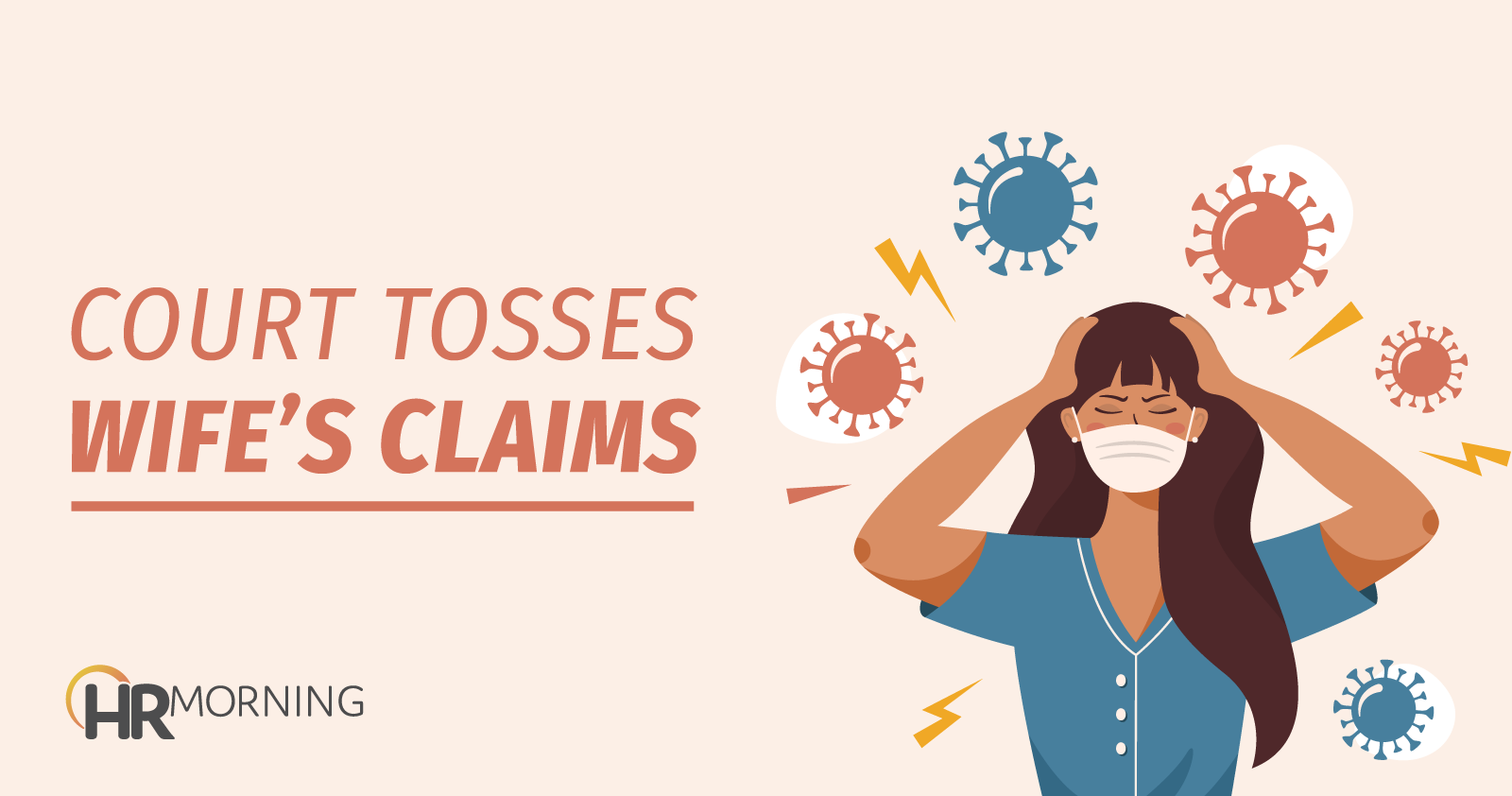 A federal district court in California tossed a woman’s claim that her husband’s employer was liable for causing her to contract COVID-19 by failing to maintain adequate safety standards.

The court rejected the wife’s claims of negligence and public nuisance against the husband’s employer.

According to the complaint that was filed in the case, Robert Kuciemba began working at a San Francisco construction site for Victory Woodworks, Inc., in early May of last year. Victory is incorporated in Nevada and does business throughout California.

At the time, San Francisco County’s health officer had issued an order that required construction sites to have strict protocols in place to stop the spread of COVID-19. The order also said employers should tell their employees to stay home if they were symptomatic, the complaint says.

Victory transferred the Mountain View employees after workers there became infected, the complaint asserts, and it knew or should have known that the transferred workers were potentially exposed.

Kuciemba alleged that in early July he was forced to work in close contact with one of the transferred workers, who he says proceeded to infect him with the virus. Kuciemba and his wife tested positive in mid-July, and both were eventually hospitalized.

In a lawsuit against Victory, Kuciemba’s wife alleged negligence and public nuisance. Kuciemba added a separate claim for loss of consortium. The complaint asked for various forms of relief, including punitive damages.

A federal judge dismissed the case. The court ruled that the wife did not have standing to file a public nuisance claim. It further decided that the remaining claims were barred by the exclusivity provisions of California workers’ compensation law.